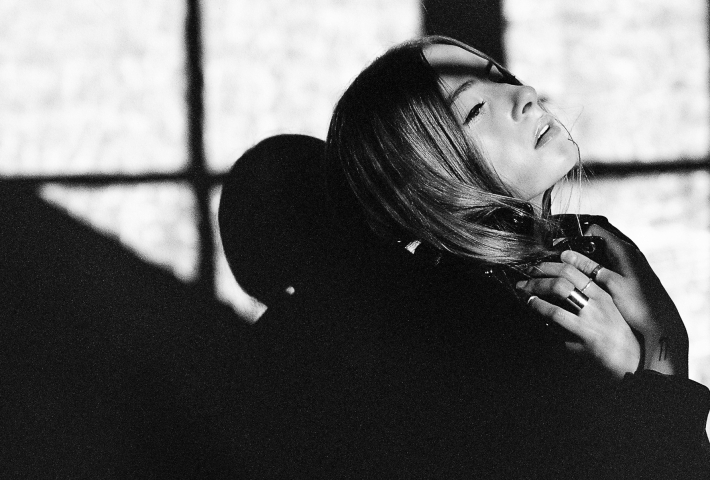 Nuoli is a female singer/ songwriter/ musician and producer whose message to the world is to stand up against inequality, prejudice and injustice. Through her music, the main vocalist Nuoli Hultman, expresses her anger and frustration towards the ongoing political and social misconceptions such as racism, sexism, homophobia and gender generalization.

Originally from Stockholm, Nuoli has been closely involved and working with a Swedish artist collective/label called Ingrid.

My Curse Is My Mind is Nuoli’s debut single which represents the inner-battle between the imprisoned person that the society is trying to create and the free person that one really is. The song speaks loudly of freedom and letting go of all the bias and preconception. Influenced by musicians such as Kate Bush, Lykke Li, Dream Koala and FKA Twigs, Nuoli has developed her trademark sound consisting of quirky vocals, dreamy drum-beats, airy guitars and haunting synths.

The song starts with a steady drumbeat that then breaks down into a near a cappella verse. The drums pick up again soon after and take the listener on an aurally in-depth sonic journey. The lyrics leave a great deal open to interpretation, but the constant references to My Curse Is My Mind lend a sense of dread as well as relief that whatever scary ghost keeps threatening the listener, it is their choice to give in or fight back.

My Curse Is My Mind is a recording that reminds us of how emotionally influential and enchanting a song can be and with a host of new material ready to release, this is just the beginning of what we can expect from Nuoli.

1 hour 52 min ago With her highly-anticipated new album landing later next month, Soccer Mommy has now unveiled the

5 days 1 hour ago After breaking through with her incredible cut 'miss u' last month, which found support on Wonder