Getting To Know... Alannah Moar

Getting To Know... Alannah Moar

Her new single 'Middle Of The Night' is out now 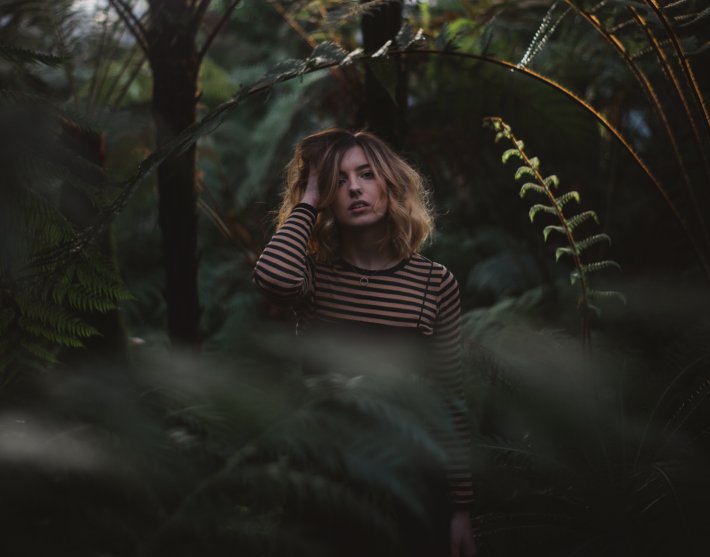 Having already showcased herself as a captivating and intriguing name emerging on the scene right now, gathering comparisons to the likes of Fleetwood Mac, Nina Nesbitt, and The Cranberries, Scottish singer and songwriter Alannah Moar has now returned to deliver her brilliant new single 'Middle Of The Night'.

Already making its way onto the BBC Introducing airwaves, 'Middle Of The Night' makes for a wonderfully warm and uplifting return. Filled with smooth aesthetics, subtle production, and her own shimmering voice at the helm, she is proving to be an artist well worth keeping an eye on for the future.

The first instrument I ever learned to play was violin. I was so excited to start learning it but it took me a long time to fall in love with actually playing it – I don’t think you’re really prepared for the concept of ‘regular practice’ when you’re seven years old.

I was a huge fan of Ed Sheeran’s ‘+’ in my early teens but I really fell in love with a lot more female artists and bands after that – Gabrielle Aplin, Nina Nesbitt, Fleetwood Mac and Little Green Cars all still have a very special place in my heart.

‘God Only Knows’ by the Beach Boys – it’s as close to a perfect song as you can get.

I actually don’t have any weird ones. Frustratingly I tend to get my best stuff just before I need to get to bed at night and I just kind of accept that I’ll be tired the next day and serve the song. I usually fool around with a progression or a melody or a concept until something clicks with me. There’s A LOT of repeating, editing and repeating again. I also give myself some breathing space after a while instead of ploughing through to finish a song – a lot of my stuff has benefitted when I’ve left it for a few days at a time to do other things.

I’m so late to the party with Joni Mitchell but I am so inspired by her at the minute. I’m also in LOVE with Doja Cat and Megan Thee Stallion – they’re such feel-good favourites. On a smaller scale, Berta Kennedy and Alex Thom; even if they weren’t close friends of mine I’d be loving what they do and it’s such a joy to get to see them own their sound!

Ah! I don’t even know, all but one of them I think? I don’t often write about my own experience (although I do from time to time) but I resonate with what my friends and family go through. I write in first person but it’s always their life stories that prompt and guide my narratives.

I was asked to play a charity gig a few years ago - it was meant to be a paid gig to raise money for some weird charity I’d never heard of which was all normal in and of itself so I asked my friends to come and make a night of it with me. Firstly, the day before we were asked to bring masks? Not like COVID masks like masquerade masks or costume masks. We obviously didn’t and were greeted at the door with these white plastic faceless masks and we were told we should decorate them. The whole thing was just bizarre. There was the actual gig which resembled more of an open mic than anything else, a jumble sale, a tea station and an ‘in house poet’ who was writing poems about the event on a bloody typewriter! It turns out that typewriters are very loud so he had to be asked to stop very quickly into the gig. There was a puppeteer and one point too. At the end of it all it turns out the masks were for the organisers own ‘music video’ thing. The next day they had to sheepishly say they hadn’t made enough to pay us or the charity anything. Very bizarre.

I briefly wanted to be a fashion designer despite not being able to sow. I think I’d have done something with English – I used to love writing stories so I might’ve become an author or a journalist or something.

Record everything and be open to even your bad ideas. Not everything you ever come up with will be good but you can learn from what doesn’t work and maybe that idea will help lead you to something incredible.

Alannah Moar's new single 'Middle Of The Night' is available to stream now. Check it out in the player below.

1 day 5 hours ago Following on from the release of his much-loved sophomore LP 'R.Y.C' last year, Mura Masa has now

23 hours 16 min ago After developing her sound and style watching her Dad play Irish trad music, and seeing her grann