Getting To Know... Bosola

Getting To Know... Bosola

His new single 'Soil & Dust' is out now 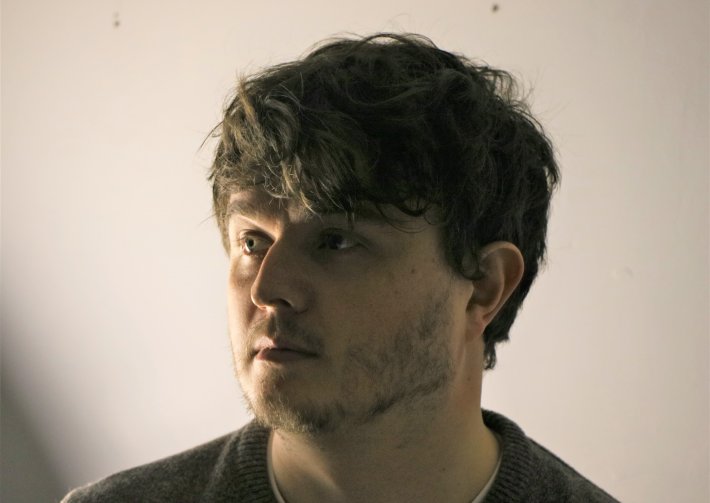 Having spent the last few months of lockdown working on his latest material, Newcastle-based singer and songwriter Tim Cox aka Bosola has now returned with his latest upbeat gem 'Soil & Dust'.

Lifted from his forthcoming new EP 'How Sick I Became, Running From Myself', which is set to arrive in June, 'Soil & Dust' sees the frontman return in stellar form. Drawing influences from the likes of Paul Simon, Nick Drake, and Billy Bragg, this jangled new offering previews what we can only expect to be a bright and joyous new collection.

I played a lot of instruments as a kid. My parents got me lessons for the piano, cello, drums and Baritone horn but I think I've only really ever loved playing the guitar. There is a oneness to playing the guitar that I just don't get with other instruments. If there is a guitar in the room I'll want to check it out and see how it feels, you don't really get that with other instruments. I would say that if I love the guitar I have an ongoing lusty and expensive affair with effects pedals. I spend hours researching, buying and trying effects pedals. It's my guilty pleasure.

I was brought up by two parents with very different musical tastes. My Dad introduced me to The Beatles, The Beach Boys, Simon and Garfunkel, and Fairport Convention. He had about 5 tapes in his car that he would make us listen to over and over again. This was the start of my love for guitars, bands and melancholic music.

My Mum was into ethereal singers like Enya or Karen Carpenter, Rock Opera and Motown records. There was always a distinctly emotive quality to the songs my Mum listened to in the car. Although I wouldn't go out of my way to listen to Meatloaf, Billy Paul or Labi Saffre these days, I think the theatre and emotional rawness of these artists has probably influenced my approach to songwriting in some ways. I also think there's some weird and probably tenuous links between my exposure to Enya's 'Shepherd's Moon' and my current love of the Cocteau Twins and some of My Bloody Valentine' more ethereal numbers.

I had an older brother who was old enough to be riding the Britpop and Cool Cymru waves, the first time round. Consequently I spent a lot of time listening to the Manic Street Preachers, Catatonia, Pulp and Blur as a young child. He got me tickets to my first gig in 2000 to see The Manics supported by Ian Brown. Ian Brown got bottled off after 3 songs but FEAR just embedded itself in my head and helped me to discover the Stone Roses. These days my brother relies on me buying him records at Christmas and his birthday to stay in the loop.

The first album I bought that I'll admit to buying was 'What's the story morning glory?'. I remember my dad taking me to the local Asda and giving me £15 to buy some new albums. That cassette got a lot of use and has a lot to answer for.

That's a difficult question. I think there is one song which just gets me in the feels every time it's Arthur Russell's 'Our Last Night Together'. It's so simple, raw and just sad. Check it out.

Usually I put my guitar into open tunings and pour my feelings into my playing. I find that words and melodies will jump out at me pretty easily. Once I've got a line or two the words start to flow and I have the skeleton of a song within an hour. Then it's about playing the song in different ways and in different moods and following ideas as they present themselves.

Currently I'm listening to a lot of different artists. It is a joy that My Bloody Valentine are back on streaming services so I have been rinsing Loveless. I've also been listening to John Lennon's solo catalogue which I hadn't really given a chance before lockdown 3. 'Mother' is a brilliant song.

John Prine, Big Thief and Nick Drake have been occupying my record player with stark regularity over the last 3 months. I've been listening to some bands from the North East scene too. A Festival, A Parade and James Leonard Hewitson and Honeyflux would be my recommendations from the current crop of North East artists.

I said in my last interview it would probably be Boy Azooga. They are a great band from my hometown Cardiff who put on a great show. But for interest's sake I would say Arab Strap. It's great to see them back making music and I can't wait to see them when they come to Newcastle.

I think it's when people come up to you after a show and tell you that they connected with one of the songs on an emotional level. I love that music is such an important part of people's emotional ecology.

Self doubt and my own limitations. Also being a musician is expensive. It's worth it though!

It's never do or die. Set your goals and work towards them incrementally. It works in life and it works in music.

Bosola's new single 'Soil & Dust' is available to stream now. Check it out in the player below.

1 day 11 hours ago Following on from the release of his highly-praised 2018 LP 'Good Thing', Leon Bridges has now an