Getting To Know... Brendan Cope

Getting To Know... Brendan Cope

His new single 'Detour' is out now 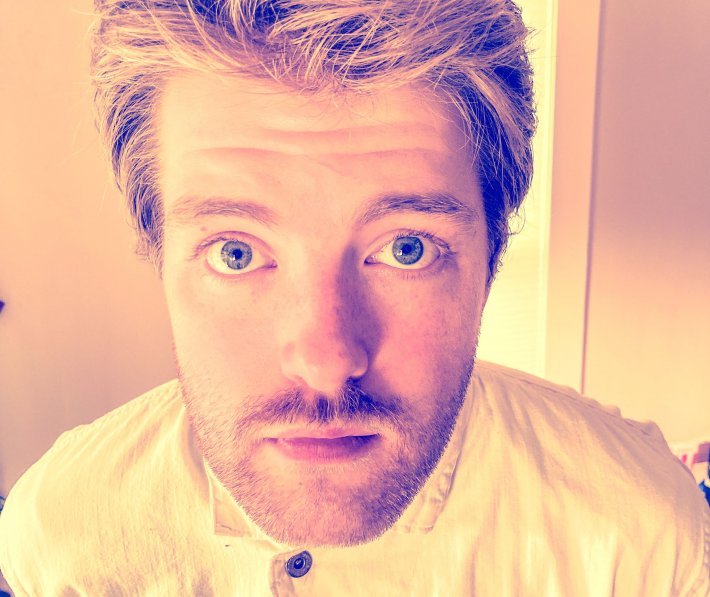 After returning with his brilliant comeback single 'Nothing I Have' earlier this year, emerging Portland-based singer and producer Brendan Cope has now returned once again with his vibrant new effort 'Detour'.

Taking his cues from the more shimmering side of the alt-pop spectrum, 'Detour' makes for a wonderfully warm and compelling listen. Jam-packed with textured aesthetics, sweeping tones, and his own otherworldly vocals layered throughout, he has a sound that is simply mesmerising.

So with the new single available now, we joined him for a quick chat to find out more about his origins and what has been inspiring him most over the years.

Definitely the guitar. Though I don't play too often nowadays, I spent my entire teenage life playing guitar. I started picking everything else (synths, drum machines, piano) up in my 20's.

Oh man...that's a tough one. It depends on what defines younger. I've gone through so many different phases with so many different influences. My parents introduced me early on to the Beatles, Nirvana, Pearl Jam, but that's such a small sliver. Different friend groups often helped introduce me to new music as well. From early 2000s Rap to some more contemporary pop electronic (think the XX). That's not a straight answer...but that's just a theme of interviewing me lol.

Personally? When I was 11 I got Green Day's American Idiot for Christmas. When I was 13 or so I found two Audioslave cassettes, Out of Exile, and the self titled. That was the first time I remember really picking something up and falling in love with it, "owning" that decision. I stole a cope of Red Hot Chili Peppers Blood Sugar Sex Magik from my parents at some point. Once we could download music I just downloaded loads of things, but I'm probably more proud of those than any physical album I bought. I had downloaded a UK Exclusive of The Strokes Is This It, that was one of my favorites. Look that cover art up, it's a great piece of art.

Another tough one. There are so many songs I wish I could have written. There's at least one song from every album I enjoy that I wish I had written. Maybe it's a sign I like something...if I'm absolutely jealous of it haha. Some new releases I wish I would've written: In a Good Way by Faye Webster, she has such a fantastic feel for creating lyrics that encapsulate a wide variety of emotions. Also- the sample (and whole instrumental) of Vince Staples new song, Law of Averages. This song is infectious to me, I've been playing it non-stop since the release.

I truly don't. I have habits and rituals I want to implement throughout my day, but they don't usually pertain to music. Sometimes I think creative habits may help me during writer's block periods. I go through phases of being able to create with a ton of density. On the flip side, I will have 2-3 weeks where nothing lands from notes to lyrics. In those lull periods often the thing that pulls me out is just a single sound that I can hum into a chord or melody. I spend a lot of time twisting knobs and listening to individual notes in those bogged down creative moments.

Right now I'm writing releases in advance more intentionally than I really have in the past. I've been listening to many direct inspirations for my music. Lorde, Frank Ocean, Moses Sumney, James Blake, RAHM, Channel Tres, SZA, Blood Orange, Mura Masa, FKA Twigs, JFDR, Rostam, Rosalia, Ian Sweet, Nick Hakim. So many, I'm just reaching for whatever floats to the top of my head.

André 3000, I hope he has more to create, even if it is just opening for him to play a couple hours of bass clarinet.

For me I want to help people go places, or hopefully find places within themselves. Whether people sit and listen in their favorite nook in their space, or in commuter traffic, I just want these things I'm putting out to be enjoyed. If people are enjoying the art I'm creating, that is the most rewarding part. I'm definitely excited to get back to performing as well with things opening back up!

Finding the best method to show people this art I'm creating and keep their attention long enough that they want to keep looking. I want to be the type of artist people can't take their eyes off of. Whether it's designs I'm creating, music I'm releasing, in an ideal world I have some really big plans.

Advice is so difficult between any artists. I'm not doing the same thing any of the musicians I grew up around were making. The band I was in my early 20's heard so much "that set was great keep it up" from touring acts. I personally value constructive criticism more than advice. If I were to give a piece of advice to a musician it would be: humble yourself, everyone has different tastes, and negative feedback can be the most useful tool you have if you are open to letting it move you forward. You don't have to let it define what you do, but don't ignore what it says about what you do.

Brendan Cope's new single 'Detour' is available to stream now. Check it out in the player below.

6 hours 55 min ago With his highly-anticipated new album dropping early next year, Miles Kane has now unveiled the n

6 hours 49 min ago Just when you think the indie-rock scene has reached peak saturation, an artist comes along and f