Getting To Know... Carpark

Getting To Know... Carpark 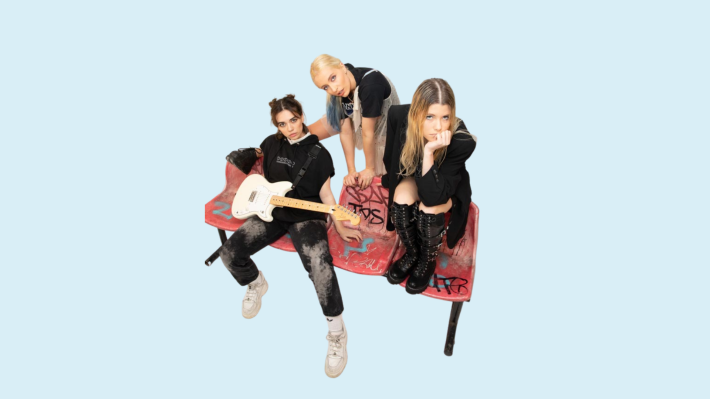 After spending the last year building up their notoriety for bright and explosive pop-rock offerings, emerging outfit Carpark recently returned to deliver their vibrant new EP 'The World Ended In 2012'.

Channelling a broad and diverse approach to their chosen direction, 'The World Ended In 2012' makes for a wonderfully riveting listen. Jam-packed with bright and soaring tones, glittering energy, and some euphoric hooks throughout, this new collection establishes them as a progressive name on the rise right now.

So with the new EP available now, we sat down with them to find out more about their origins and influences over the years.

Hattie: I used to play the recorder and annoyed everyone around me, but guitar was definitely the first instrument I fell in love with, especially electric guitar.

Scottie: guitar! My dad forced me to have lessons when I was 13. I was not happy at the time.

Loda: I asked for a violin when I was 7 and attempted to teach myself which didn’t work out too well. I got a scholarship for drum lessons a couple of years later and loved it from day one!

Hattie: I used to think I was so cool and moody listening to The Smiths on the bus to school. We all had a pop/punk era filled with Paramore, Blink 182 etc. the vibes are definitely still strong in some of our playing!

Loda: Went through a massive Busted/Greenday/Avril Lavigne phase and also listened to a lot of stuff my dad was playing in the car. I remember hearing the Queen live at Wembley album for the first time and being mind blown!

Hattie: I collected vinyl when I was a teeanger, I had ‘The Queen is Dead’ by The Smiths and some of my mum’s old The Cure and The Undertones records.

Loda: My dad got me my own copy of Queen ‘live at Wembley’!

Hattie: I love all the instrumentation in Placebo - Special Needs, there’s just something special about it.

Scottie- Rusted Root- Send Me On My Way. Random but the soundtrack to the best scene in Matilda so?

Loda: Aw it’s so hard to pick just one. I think ‘I will follow you into the dark’ - Death Cab for Cutie would be the front runner or ‘Fast Car’- Tracy Chapman.

It changes with every song. Most of the time, it starts off with a voice note of a melody/riff on someone's phone, then we bring it to life as a band in a rehearsal studio or someone's bedroom. Regardless of how the song starts we usually finish them collaboratively and then tweak after seeing how it goes down at a live show or how it sounds recorded in the studio.

We’ve been listening to Renforshort, Maggie Lindeman and Cassyette, Bring Me The Horizon, Softcult & Ashnikko . We also love Holly Humberstone - our drummer Loda played with her for her London headline show - such a great live show!

The dream would be to join the Hella Mega Tour (Weezer, Green Day and Fall Out Boy), it’s actually a real life thing and they’re touring the world together! Who wouldn't want to be part of that equation?!?

Playing live and getting a reaction from the audience and hanging out afterwards is definitely the most rewarding part. Sometimes with everything being online it doesn’t feel real until you actually play a show.

The most frustrating part is probably having to hold out to announce or release something that you’re really excited for.

Be patient and don’t give up. There are so many ups and downs in music and these things take time, effort and energy but it always pays off in the end if you stick at it.

Carpark's new EP 'The World Ended In 2012' is available to stream now. Check it out in the player below.

46 min 46 sec ago Following on from the release of their highly-praised 2017 LP 'After Laughter', Paramore have now