His new single 'Mariana' is out now 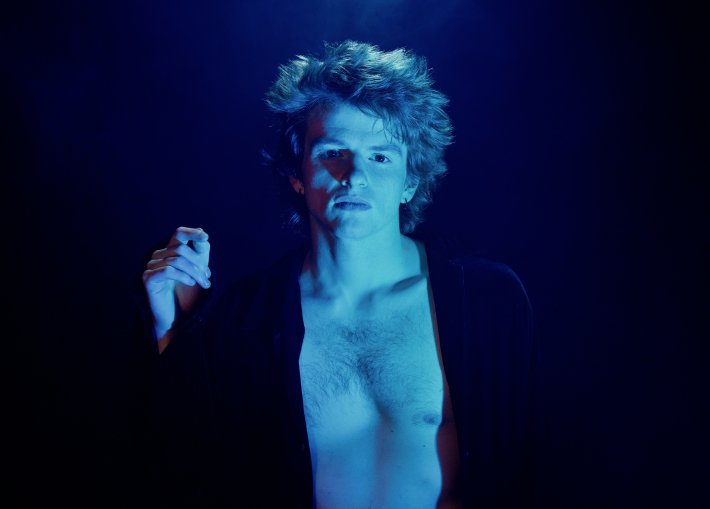 After spending the last few months delivering a fresh and enigmatic array of delights, fast-rising artist Clifford returns once again with his stunning new single 'Mariana'.

Bringing back more of that broad and diverse electro-pop sound he is known for, 'Mariana' makes for a wonderfully fresh and inventive listen. With his shimmering vocal style bouncing across a dynamic electronic production throughout, he is developing a sound quite like nothing else doing the rounds right now.

So with his new single available to stream now, we sat down with him to find out more about his background and what has been inspiring him lately.

The drums! I began playing the snare at 9, followed by the bass drum. I had my first full kit at 10 and soon after formed a band with a friend. Later I learned Arabic hand drumming and learned new rhythm patterns which helped to broaden my mind on drum patterns. Pretty crazy when I reflect back because it’s the drums/beat that really drives my music.

As a kid I grew up listening to everything from Mozart to David Bowie. Pre-teen/teens I listened to a lot of indie & rock like Nirvana, Weezer, Presidents of the United States, Muse, Collective Soul, Coldplay, White Stripes, pretty much anything with a guitar in it because I was trying to learn the guitar. For drumming I listened to Disturbed, System of a Down and The Hives. Then by my late teens anything with an 808 caught my attention.

“Life on Mars” by David Bowie. It’s one of the most eclectic songs I’ve ever heard.

Not exactly. Every song has a different foundation. My creative process is full of multiple sprints. When I have ideas I work on them for short periods of time. The last stages of mixing/mastering are more like marathons or so they feel like when I’m going through them. Haha.

Stromae! I like the way he sets up the stage for his shows because he makes it bigger than life, simple yet complex. I discovered his music while living in Brussels. I would listen to it while walking/running to learn the city.

The creative challenge. As a genre bender there are multitudes of possibilities for making sounds come together. How do you choose? Finding the ones that actually work together as a song can be exceptionally challenging, yet so rewarding.

The business side, especially today. Creating music is 20%, the other 80% is business. There’s a protocol in most industries, a path you can follow and you’ll probably be okay. Not so much in the music industry. What I try to do is be open to all possibilities, follow my gut and trust I have a product worth selling.

I’ve had the good fortune to be introduced to Jerome “Bigfoot” Brailey and his advisement has been incredible. He’s helped me to understand what makes a great song. It’s all about making the listener feel good.

Clifford's new single 'Mariana' is available to stream now. Check it out in the player below.

8 hours 30 min ago With their highly-anticipated new album landing early next year, Circa Waves have now dropped the

11 hours 36 min ago After breaking through with their brilliant debut single 'Old Mate Bill' earlier this year, emerg