Getting To Know... College Elite

Getting To Know... College Elite 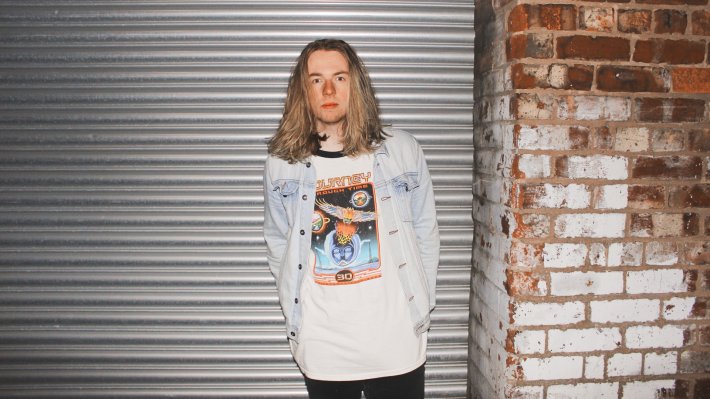 After first establishing himself in the middle of last year with his initial material, Manchester-based singer and songwriter College Elite has now cemented his legacy to date with his stunning debut EP 'The Way It Used To Be'.

Channelling a raw and powerful indie-rock aesthetic from start to finish, 'The Way It Used To Be' makes for an impressive introduction to his work so far. Filled with a vibrant direction, sweeping hooks, and catchy choruses to boot, expect to be hearing a lot more from this guy in the month's ahead.

So with the new EP available now, we sat down with him to find out more about his origins and inspirations of the last few years.

Electric guitar. I played drums in my primary school brass band but hearing Seven Nation Army by The White Stripes I knew then that I wanted to learn the guitar. I was 9 when that song came out and I vividly remember waiting for the music video to come on on the music channels.

I always leaned towards rock music, in my first year of primary school my teacher asked if I knew any songs the class could sing and I sang Roll With It by Oasis. A lot of my music taste came filtered through to me from my sister and my friend who are older than me so The White Stripes, Muse, Blink 182 and Green Day albums were all handed to me to listen to. However as we used to watch the music channels on TV all the time the massive hits like Rollin’ by Limp Bizkit and even things like Sandstorm by Darude I’d be listening to. Being into this kind of music as a teenager in the 00s was ideal with all the American pop punk and alternative bands as well as the UK indie rock, it all made a lasting impression.

I asked for Northern Star by Mel C for Christmas when I must have been around 7 years old, and that’s not a guilty pleasure, she’s got some good songs.

I’m tempted to say Three Lions as the Lightning Seeds will never have to work a day again in their lives from the royalties every two years from that! But I think No One Knows by Queens of the Stone Age is the perfect song. Every part of the song is memorable. It's accessible enough that people who like pop music can enjoy it despite being heavy and a straight up rock song.

I write all the songs initially on acoustic and then transfer them to a very rough demo on my computer, and take it to rehearsal with Ollie who plays drums for College Elite. We try a few different things with it but the core idea of the song usually says the same. I’m quite big on once you’re happy with a song and an idea, don't go back and change it because you’ve thought of something new, instead put it in a new song. I’ve been in bands where we’d have songs floating around for ages because different members would tinker with their parts. Momentum is key.

The Dirty Nil have been in very heavy rotation on my Spotify recently, it’s the type of straight up indie rock I’ll never get tired of. Olivia Rodrigo’s album is fantastic as well, and it’s refreshing to see new artists with rock influences getting such mainstream coverage and The Band Camino’s new single Know It All I’ve been listening to a lot and I’m excited for their album later this year.

Though I should say opening up for Blink 182 or Green Day in an arena, I would love to play with Joyce Manor in a DIY college house party set, where there’s no stage and it looks like chaos with everyone jumping around and red party cups flying around. I feel like that’s the perfect setting for College Elite and a gig with Joyce Manor would be a great vibe.

Playing live. Gigs feel like the blow off to lots of hard work where you’ve got a time slot to prove yourself to people who don’t know you or beat the expectations of people who do. It’s not just playing the songs but chatting to the crowd in-between, definitely something I’ve missed during the pandemic.

Patience. Or the waiting to get from having that idea for a song to wanting to have the recorded and released version out there for people to listen.

Rather than one single piece of advice, I’d say Rick Beato’s YouTube channel breaking down great songs and explaining why they’re so good. His songwriting analysis has really improved my songwriting and what I'm conscious of as a self-producer as well. But as a single tangible piece of advice - if you’re a guitarist, buy a hard case!

College Elite's debut EP 'The Way It Used To Be' is available to stream now. Check it out in full via the player below.

College Elite · The Way It Used to Be

7 hours 31 min ago With his highly-anticipated new album dropping early next year, Miles Kane has now unveiled the n

7 hours 24 min ago Just when you think the indie-rock scene has reached peak saturation, an artist comes along and f