Getting To Know... Daniella Spadini

Getting To Know... Daniella Spadini

Her debut single 'Part Of You' is out now 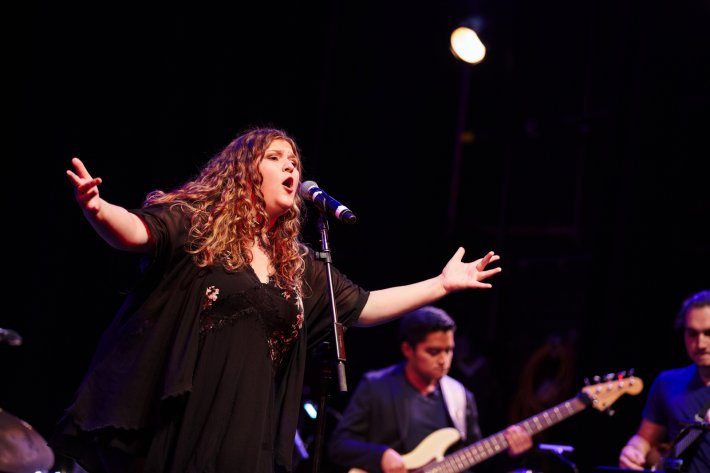 After spending the last few months building and developing her sound, emerging singer and songwriter Daniella Spadini has now delivered her stunning debut single 'Part Of You'.

Channelling a warm and atmospheric aesthetic from start to finish, 'Part Of You' makes for a wonderfully intoxicating introduction to her sound. Filled with subtle tones, soaring textures, and her own captivating voice at the helm, we can't wait to hear where she goes next.

After singing, the first instrument I fell in love with was piano. My grandma has an upright piano in her family room, and all my cousins and I would play around with it as little kids. She noticed I took a more intense interest in it, so she gifted me my first keyboard. I owe a lot of my fundamental music theory to her having taught me.

When I was younger, I loved whatever music was around me. My dad played a lot of Frank Sinatra, Dean Martin, Nat King Cole, and all of the great crooners from back in the day. He also played a lot of The Beatles and The Beach Boys in the car. I loved Hannah Montana, too, but that is probably a given!

The first album I remember buying was Rubber Soul. I also have very vivid memories of the High School Musical 2 Soundtrack for some reason.

This is an incredibly difficult question! I really admire a lot of different songwriters, but if I could have written one song myself, it would probably have to be either “Way Over Yonder” by Carole King or “I Want to Hold Your Hand” by The Beatles.

I have different routines depending on if I’m writing by myself or with another writer. If I’m co-writing, I generally like to talk to the other writer(s) and get a feel for the direction they want to go in, all while taking note of any compelling language they use. It can get pretty emotional if that’s the song we’re writing. On my own, I try to play a few songs I’ve already written to just get in the groove of things before I start trying to write anything new. I have a lot of notes and recordings on my phone of little ideas if I need them, but if I’m sitting at a piano, it all comes out pretty organically.

I am pretty obsessed with Maisie Peters’ latest single at the moment! In general, I love JP Saxe, Lawrence, Dua Lipa, and Hozier.

I would love to open up for JP Saxe or Maisie Peters. Or any other singer-songwriter who may be looking for an opener!

The most rewarding part of being a musician, or more specifically, a songwriter, is conveying and putting words to a feeling that has been just out of reach of your listener. Music is this beautiful, ethereal thing that opens up pieces of us that we didn’t know we had. Being a part of that process for a listener is an honour.

The most frustrating part about being a musician is the connection between emotional and artistic output. You put your heart into your work, and then it becomes a thing to be consumed and judged and received by others. At the end of the day, it’s overwhelmingly a positive experience–one I wouldn’t trade for anything. That said, it can feel very vulnerable at times.

The best piece of advice I have received as a musician was given to me by a graduating senior at Berklee during my first semester. He told me to “never lose the art in the work.” While in an academic environment that has been especially difficult, it is so important to remember why we as musicians do what we do in the first place.

Daniella Spadini's debut single 'Part Of You' is available to stream now. Check it out in the player below.

Daniella Spadini · Part Of You

5 hours 3 min ago Following up the enormous success behind their 2017 LP 'Relaxer', alt-J have now returned to anno

1 day 2 hours ago After delighting us with a captivating array of offerings this past year, which have seen nods fr