His new single 'Lost To No One' ft. Bella Human is out now 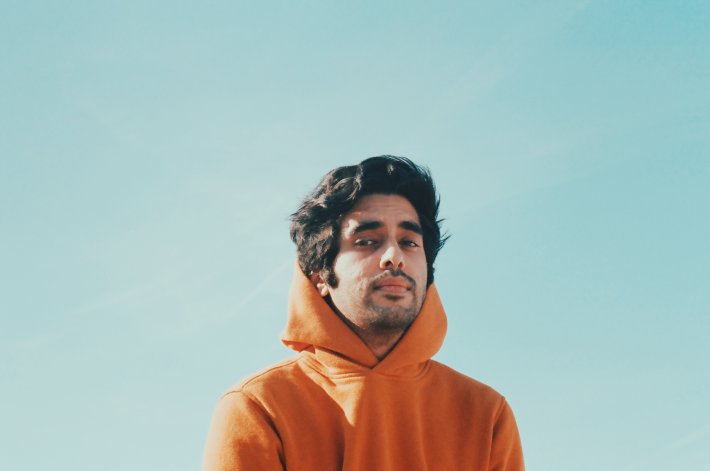 After first making a name for himself as one half of the progressive electronic duo Burudu in recent years, Indian producer Davesar recently ventured out on his own and has now delivered his latest belter 'Lost To No One'.

Teaming up with Bella Human for the release, 'Lost To No One' shows him as a bold and inventive beatmaker in his own right. With its brilliantly diverse direction, adventurous production, and killer hooks throughout, his new project is certainly making waves across the board.

So with the new single doing the rounds, we sat down with him to find out more about his background and what has been inspiring him most over the years.

Has to be the guitar!

Indian classical music was a constant in my household when I was younger, I loved it and continue to.

'Everything In Its Right Place' by Radiohead.

I honestly don’t have a ritual but i’ve started putting my phone away now when i’m writing and it's been great.

Harvey Causon, everything by him!

Jungle, they’ve been inspiring me since their first album in 2014.

The process of writing the music! The idea of a song being out in the world, connecting and reaching people is what makes it all special.

The time it takes from finishing a song to actually releasing it can be an agonising wait sometimes.

A friend gave me a great piece of advice to deal with writer's block! So when I feel like I’ve hit a wall and need some inspiration, I have a folder of images that I find inspiring, it could be anything and I try to use them as a starting point. It’s been super helpful and I’ve been doing it ever since.

Davesar's new single 'Lost To No One' ft. Bella Human is available to stream now. Check it out in the player below.

22 min 42 sec ago After delivering their 'New Me, Same Us' Remix EP earlier this year, Little Dragon have now retur

1 hour 23 min ago After establishing herself with some brilliantly bold and inventive cuts these last few months, A