Getting To Know... Eavesdrop

Getting To Know... Eavesdrop

Their new single 'In The Sea' is out now 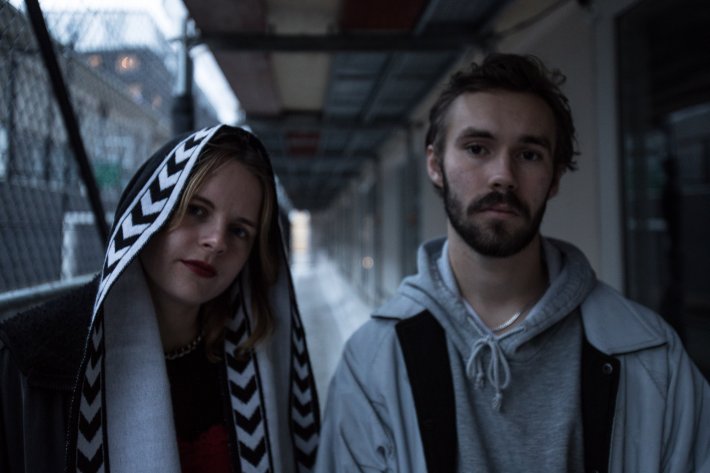 Following on from the release of their highly-praised debut album 'Directions' in 2019, Swedish electro-pop duo Eavesdrop have now returned with their latest dreamy cut 'In The Sea'.

Channelling the same magical aesthetic as Röyksopp, Robyn, The Knife, and Portishead, 'In The Sea' makes for a wonderfully vibrant return for the pair. Filled with rich and sweeping soundscapes, impeccable production, and some truly uplifting moments, be prepared to be swept away by this incredible new release.

So with the new single out and about, we sat down with Alex from the group to find out more about his background and what has inspired him most over the years.

I started playing the trumpet when I was 7 years old and played for probably 13 or 14 years. So, I guess there had to be some loving connection there. But in the end my love is devoted to the synthesiser, probably mostly because of its inherent variety and endless possibilities.

I was definitely a hard rock/metal kind of boy, but my taste in music was very much influenced by whatever my dad would put on at home or in the car. And that could be anything from Rammstein to Röyksopp.

Haha, one that I unfortunately don’t listen to as much anymore. Dookie by Green Day.

Oh, there are way too many brilliant songs to just choose one. I mean who doesn’t wish they wrote the entire Beatles or Rolling Stones catalogue? But one that specifically comes to mind is Fade Away by Susanne Sundfor. To me, that song is pure genius.

Not really. None that are very exciting, anyway. It’s almost always a kind of “spur of the moment”-thing, spontaneous inspiration from listening to a great song or something like that. So, there’s rarely much time for performing rituals, I just want to get into writing.

For a week or two now I’ve been listening almost exclusively to Courtney Barnett. It’s pretty different from what we do sound wise, but her lyrics are fucking amazing. Also Bakar because he’s a great song-writer and genre-breaker.

Definitely Röyksopp. It’s the only band that has always stuck with me and that I keep coming back to. It would just be a childhood dream come true, I guess.

Not being a professional musician means I have to do something else for a living. And since my other occupations aren’t very creatively rewarding, having music as a creative outlet feels really important. Making music kind of just lets you vent your creativity and emotions. I would also say playing live gigs. Getting to know other bands at concerts is so much fun and something I miss a lot.

Haha, I don’t know really… Right now, it’s definitely not being able to play shows. And making music/having a band can be stressful at times for sure, because it’s a lot of work. But I can’t really say that it’s frustrating.

That having someone to share your ideas with and develop your music together with will almost always make both the song and the song writing process so much better.

Eavesdrop's new single 'In The Sea' is available to stream now. Check it out in the player below.