Getting To Know... ELDR

Getting To Know... ELDR

Her new single 'Spinning Tops' is out now 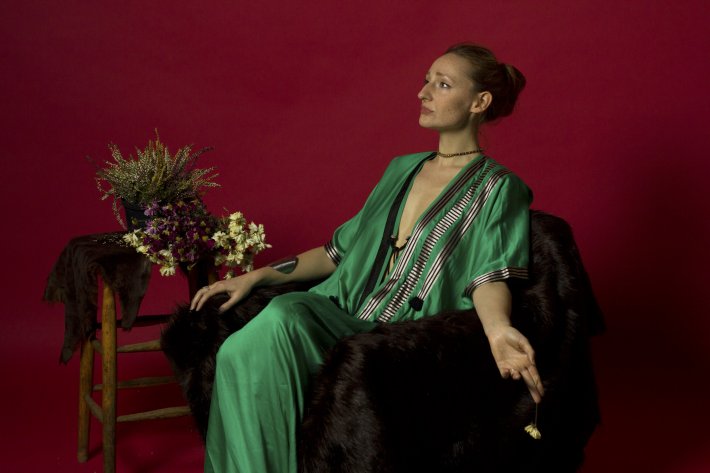 After the enormous praise she received for her stunning debut EP 'Defender' in 2019, emerging artist and composer ELDR has now returned with her brilliant new single 'Spinning Tops'.

Channelling a broad and ethereal texture from start to finish, 'Spinning Tops' sees her return in dazzling form. With its rich and ambient atmosphere, sweeping tones, and her own otherworldly voice at the helm, her latest effort makes for a vital and engaging listen throughout.

My main mistresses are piano and guitar, but the first very visceral memory I have is of the kora (an African harp). Listening felt like the aural equivalent of standing in a waterfall- these delicate bright notes with an earthy undertone. I was lucky enough to record one for a documentary soundtrack I worked on a while back.

Sidestepping an embarrassing obsession with the Spice Girls aged 8- my defining musical baptism started with Nirvana, Led Zeppelin, Guns n Roses, The Doors, and The Cure. Me and a few school friends wore mandatory bandanas and leather jackets, and spent our weekends trying to infiltrate rock and indie clubs with fake ID’s. I remember one of the clubs had an in-house guru. He had a white robe and long beard and just swayed ethereally on the dance floor all night. Maybe I was hallucinating.

Song to the Siren, by This Mortal Coil. The cover by Amen Dunes is spine tingling.

There’s no ritual or predictable formula for me, I really believe songwriters aren’t authors but vessels for something that travels through them. So how do you cultivate that? I just try and capture waves of inspiration before they depart me like a dream- grabbing my phone to record some vocal or lyrical idea as they come. A new idea I’m working on came while I was mucking around plucking the back of these eerie old piano strings with my son. The instrument really conjured some dark ancestral force through me I think, I had to run and get a paper and pen!

Nick Cave or Patti Smith, or both!

Living in harmony with myself, seeing tangible fruits from pure imagination, and the positive connection music forges between us all.

Precarious finances, feeling like a drop in the ocean, contemplating if it’s all just an act of ego and I could be doing something more directly helpful for the world. (Which normally brings me to the final statement below... )

ELDR's new single 'Spinning Tops' is available to stream now. Check it out in the player below.

1 hour 7 min ago Following on from the release of their highly-praised 2017 LP 'After Laughter', Paramore have now