Getting To Know... Ellie Madeland

Getting To Know... Ellie Madeland

Her new single 'Out Of Nowhere' is out now 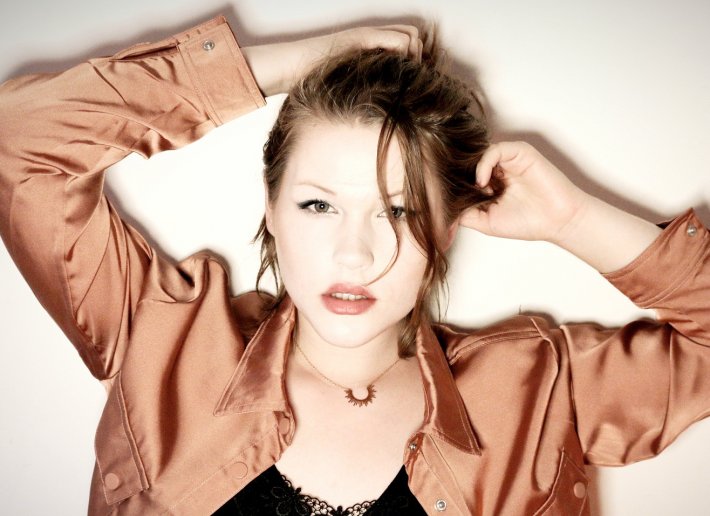 After originally establishing herself as the lead singer of synth-pop duo Island Empire and dream-pop band Emergent Minds in recent years, London-based Swedish artist Ellie Madeland is now pursuing her solo guise as she delivers her stunning new single 'Out Of Nowhere'.

Channelling a more ethereal and atmospheric direction this time around, 'Out Of Nowhere' showcases her as a warm and vibrant songstress emerging right now. With its breathtaking textures, sweeping aesthetic, and her effortless vocals at the helm, she is looking to make quite the mark with this new one.

Vocals and piano. I remember being very fascinated by the piano we had at home when I was little, and it was also the first instrument I learnt. I’ve also always been very drawn to singing. Vocals tend to be what sticks out to me when I listen to music. As a kid, I would always try to mimic what the singers did. And then I would perform it for my parents… Haha.

I loved pop and R&B when I was little. I could be glued to MTV for hours. I was especially obsessed with a singer called Darin Zanyar (a guy who came 2nd in Swedish Idol, 2004). I also have these vivid memories of being strangely intrigued by Mozart’s “Eine Kleine Nachtmusik”, haha. In my early teens though, I got very into shoegaze, 80’s dream-pop, gothic rock and post-punk. I shared a lot of music tastes with my brother, so we would sit in our dark rooms and listen to The Cure, Bauhaus, Joy Division and Sisters of Mercy (etc) together, haha.

Darin Zanyar’s debut album “The Anthem”. We lived in a very small village in Sweden when I was a kid, and I remember so clearly that my mum would bring back these physical copies of albums and singles I had asked for from the city when she came back from work. And I would hide in my room and listen to them back-to-back. It was a really special feeling! I still remember the first time I listened to “The Anthem” and how excited I felt, haha.

‘Disintegration’ by The Cure. I just think it’s brilliant.

I really prefer writing music when I’m alone. And I usually pick up my guitar or sit by the piano and start playing around with some chords until I find the mood/sound that resonates emotionally with me in that moment. I record myself on my phone, and just let melodies and words flow from that space. I love writing like that, it’s a very therapeutic experience. But sometimes I write lyrics first and the melody after. All my songs so far are very personal, so thinking back on memories and experiences from my life tend to help me write new material.

My favourite band is The Cure, but my music library right now is the widest it’s ever been... Lately I’ve found myself listening a lot to Glass Animals, Duvchi and Bon Iver.

Thinking about how different the music is, it might not make sense, but: The Cure. Other bands/artists I would love to open up for would be: The XX, Emancipator, Dermot Kennedy, Billie Eilish, Glass Animals & Bon Iver... Mainly because they seem like really cool people that I would have a lot of fun with.

Getting into the flow of writing something new that you feel proud of. That is a super rewarding feeling!

Getting people interested in your work, haha. All the work that goes into promoting a new song.

I think, daring to show the world who you are, and telling your story, so that people actually get interested in you and engage with you (I still need to get better at this!). Also, to listen to a ton of music, even stuff you normally wouldn’t listen to. And in that way, allowing yourself to be inspired by other musicians without copying what someone else has done.

Ellie Madeland's new single 'Out Of Nowhere' is available to stream now. Watch the new video for it in the player below.

5 hours 10 min ago With their highly-anticipated new album set to land early next year, White Lies have now unveiled

7 hours 59 min ago Having already impressed so many with a flurry of bold and enticing anthems over the last year, D