Getting To Know... Forgotten Garden

Getting To Know... Forgotten Garden

Their new single 'Jessica' is out now 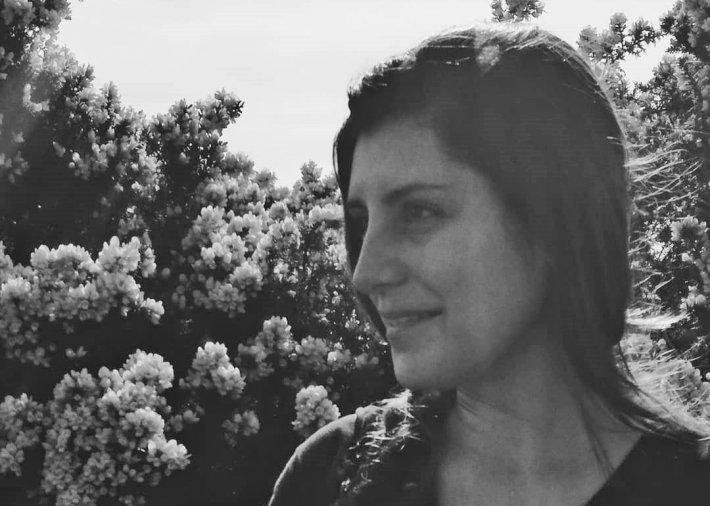 After establishing themselves with a string of rich and enticing offerings over the last few months, Inverness-based duo Forgotten Garden are back once again with their latest swoon 'Jessica'.

Channelling a warm and tranquil direction from start to finish, 'Jessica' makes for a smooth and inviting addition to their growing catalogue. Filled with sweeping hooks, harmonious melodies, and some spiritual vocals layered throughout, these two are certainly onto something very special here.

So with the new single available now, we sat down with both of them to find out more about their origins and inspirations over the last few years.

Danny: I remember trying to play things on my Grandfather's piano at about 8 years old. I've loved the piano ever since. A few years after that my father bought me an electric guitar as a birthday present and I began to love that as well!

Inês: If you don’t count the voice, it was the violin, I think. Sadly, I never learned it; for some strange reason, when offered the choice, I chose the piano (which I also love).

Danny: The original Post-punk bands are a big inspiration. The likes of Joy Division, The Cure, The Smiths, Echo and the Bunnymen and also The Doors – basically all the things on our Post-punk Bands and their Influences Spotify playlist (blatant plug - ha-ha). I like more modern Post-punk revival bands like Interpol but don't find them as inspirational as the originators.

Inês: Singers like Florence Welch, Chelsea Wolfe and Lana del Rey are undeniably my main influences, so their influence might be reflected in the vocal style and performances.

Danny: Mainstream old school rock like Bruce Springsteen, Neil Young etc. at first before branching out into Post-punk. I still do like a lot of mainstream rock (and folk, alt rock, some metal,synthy stuff, etc.) but find more inspiration in the realms of Old Post-punk.

Inês: In my early teens I was a massive fan of Britpop bands like Keane and Coldplay, more bluesy, jazzy stuff like Jamie Cullum and Katie Melua, and more pop-punk stuff like Paramore. During my late teens I started getting into more indie acts; I started listening to a lot of Florence, Lana, Warpaint, Patrick Watson, Beach House. Many of these remain big influences on this day.

Danny: Well, it wasn't one song, it was an album and that was Closer by Joy Division. That album is so overpowering it transcends music. It really is a piece of art. When I listen to that I'm not listening to guitars, drums, basses, what the production is like etc. it becomes an immersive whole. Absolutely timeless as well and nothing really has been made like it ever since (it's now over 41 years old!). So that album really opened my eyes as to what you could do with music.

Inês: I cannot remember; I’ve wanted to be a singer ever since I can remember. But it was probably the music by Portuguese band Madredeus and lead singer Teresa Salgueiro’s voice that really made me passionate about singing.

Danny: At the moment I'm listening to the LA Woman album by the Doors because it's just had its 50 anniversary but before that it was Burt Bacharach's greatest hits! What a great songwriter! A real master of melody. Next it could be Scottish folk - maybe a bit of Dougie Maclean. As you see I don't tend to stick with one genre for very long!

Inês:These days I’d probably go for something soft. Something along the lines of Chelsea Wolfe’s Unknown Rooms, or maybe even Studio Ghibli soundtracks. Amália Rodrigues’ Meu Limão de Amargura and Souad Massi’s Salam have also been on repeat for me lately.

Danny: Zero! I generally base songs on fictional characters constructed from what I have seen or read of the human condition. Imaginary characters give you more freedom.

Danny: Probably the release of our first EP “Broken Pieces”. I had no idea whether it would float or sink like a lead battleship! I thought that if a hundred people played it on Spotify then it would have been worth making it. As it was it did better than that and what is probably a more accurate indicator of whether people liked it, the songs on it have a high save to listener ratio.

Danny: Hillwalking in the Summer, skiing in Winter and gardening when not doing those other activities.

Inês: I’d say writing and languages, but it changes a lot! The ocean is another one.

Danny: Nature Conservation has always been my main line of employment. Music is a passion project really. Which is just as well since at the moment I put more money into it than I get out!!

Inês: I studied Molecular Biology. I took a break from it to work on music, but I might well go back to it someday.

Danny: Cultivate low expectations! Enjoy the music creation process for its own sake rather than thinking of it as a possible stepping stone to success. That way if it doesn't work out you won't feel that you've wasted your time. It also disarms any fear of failure because if the process is the thing then the only failure is not setting out in the first place!

Inês: I see a lot of advice out there that, though well-intentioned, only seems to reinforce damaging views of what the music industry should be in the present day, and which ties in with concepts like “art = content” and the existing pressure to constantly put things out there. I don’t think this is healthy; I don’t think this sort of pressure and expectation to create music primarily with algorithmic success in mind does anyone any good, and I think it can easily promote creation of music that is not true to a musician’s creative vision and/or natural pace. It’s very easy to let these pressures dictate the rhythm at which you should create, fall into the trap of comparing yourself to other creators, and in the process lose track of why you enjoy making music in the first place. So, I suppose, my “advice” would be to try not to give into these pressures in a way that can jeopardise your relationship with music making (or your mental health).

Forgotten Garden's new single 'Jessica' is available to stream now. Check it out in the player below.

10 hours 14 min ago With his highly-anticipated new album now just a few weeks away, Sam Fender has returned to drop

5 hours 14 min ago After delighting us with a flurry of rich and enticing offerings over the last year, Manchester-b