Getting To Know... Gali Givon

Getting To Know... Gali Givon

Her debut single 'Show Me Love' is out now 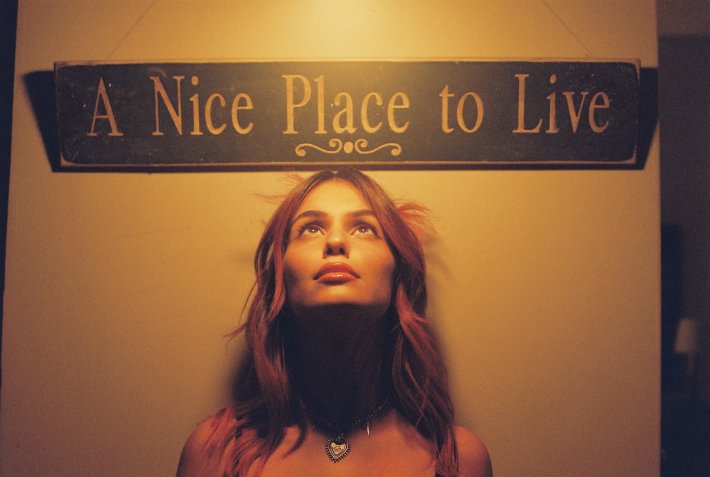 After spending the last few years building and developing her sound, Israeli newcomer Gali Givon is now ready to introduce herself to the world with her powerful debut single 'Show Me Love'.

Blending conventional pop aesthetics with a raw and pulsing alt-rock attitude, 'Show Me Love' makes for a brilliantly distinctive introduction to her sound. With nods to the 90s grunge and industrial era as well, there is something about her that really feels fresh and different in today's scene.

The first instrument I fell in love with was a guitar, specifically- my first guitar, which was the simplest classical guitar I got when I was about 10 years old.

I stayed pretty persistent about the musical genres I’ve been listening to. I feel like it is not at all different from what you’d find me listening to to this day. I was always on the spectrum of rock and metal. It varied from bands such as Queen and Guns N’ Roses, through Alice In Chains, Audioslave, and up to Pantera and Lamb of God.

The first album I remember owning is a CD of David Bowie’s all-time classic “The Rise And Fall Of Ziggy Stardust And The Spiders From Mars”.

Oh god there are too many. I get so jealous of great songs. Gun to my head, I’d have to say “Love, Hate, Love” by Alice In Chains.

I wouldn’t say I have any habits or rituals when it comes to writing new music. it's a different experience every time and i let it be. The only constant is the muse comes from the darker thoughts and feelings I have.

The artists I mostly listen to lately are Limp Bizkit, Tool, Blur, Haken, Mad Season and Queens of the Stone Age.

I dream of opening up for Limp Bizkit. Wes Borland is such an influential character in my life.

The most rewarding part about being a musician is the outlet for expressing whatever it is I’m going through. It never depends on any specific setting or time, and is always around when I feel like I need it.

The most frustrating part about being a musician is the constant self-doubt floating above my head - even when it's 100% necessary.

The best piece of advice I’ve received as a musician is to not feel the need or pressure to go into detail in explaining why I wrote something. Not to defeat the listener’s interpretation.

Gali Givon's new single 'Show Me Love' is available to stream now. Check out the new video for it in the player below.

6 hours 58 min ago With their eagerly-awaited new album now less than a month away, Foals have dropped the next cut

6 hours 1 min ago After delighting so many with a flurry of enchanting cuts over the last few months, including 'Pa