The duo's debut single 'Graceless' is out now 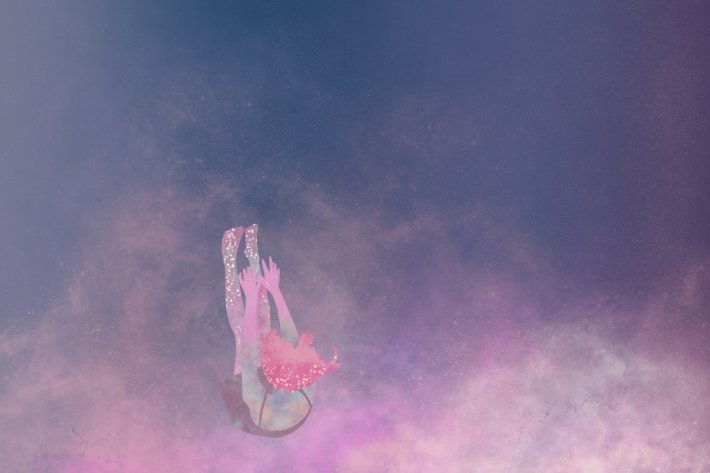 Despite only introducing themselves to the world a few weeks ago, Scottish newcomers Gefahrgeist have already shown great promise with the release of their stunning debut single 'Graceless'.

With a rich and soulful demeanour, 'Graceless' makes for an incredible introduction to the duo. Filled with bright and soaring aesthetics, sweeping melodies, and some truly captivating vocals, expect this pairing to become your next favourite act before long.

So with the new single doing the rounds right now, we sat down with them to find out more about their background and what has been inspiring them most recently.

Fiona: For me, it was the violin. We had auditions at our school when I was eight where the teacher checked our pitching ability. A week later, I started lessons and have been playing now for almost 20 years.

Niall: I started learning guitar after my brother in order to get better than he was. After accomplishing that, I switched to bass guitar which is now my main instrument.

Fiona: For me, it often comes from a story or narrative theme I come up with which then leads to the weird imagery of my lyrics. Despite this, I like to think that I’m not too explicit with the message I have in mind so that everyone can take what they want from it.

Niall: I studied composition at University and was interested in orchestration and Iilm music. The move to electronic production felt pretty natural as it’s a way to create a huge soundscape of a variety of instruments without having to hire out the Philharmonic! I enjoy seeing what sort of noises I can create with Ableton and learning something new from each piece.

Fiona: I loved listening to classic female singer songwriters like Joni Mitchell and Joan Baez. I also got heavily into The Beatles and Pink Floyd. When I was a young teenager, I’m a little ashamed to admit that I was fairly obsessed with girl groups and female singers like Christina Aguilera and Beyonce. While embarrassing, it certainly had an impact on my singing style, so I’d be amiss to not include them!

Niall: On the heavier side, I was a big fan of NOFX, Primus & Red Hot Chilli Peppers. I also loved a love of video game music composers such as Nobuo Uematsu. I also liked listening to acoustic guitar players and songwriters like Nick Drake and Townes Van Zandt.

Fiona: I think that looking up to so many female musicians as a child and young adult inspired me to compose and perform music. I started playing guitar and piano after a few years of violin and I’ve always sang! I love creativity and I’m probably happiest when writing and recording a new piece that’s not fully fleshed out yet to see what happens. The fun of creating music with Niall is that I can bring these half baked ideas to him and he’s able to fully realise them by creating these amazing soundscapes with electronic production.

Fiona: Right now, I’m listening to a lot of SuIjan Stevens’ older material. ‘Carrie & Lowell’ is one of my favourite albums. In terms of other Scottish artists, I’ve actually started a ‘Local Heroes’ playlist and review some of the songs from it every week on my social media. Some of my current favourites are Chris Greig & The Merchants, The Micro Band and Mt. Doubt.

Fiona: When I was younger, I think I did it a lot more. I remember writing songs about heartbreak etc. when I was about thirteen and I wrote one about my grandmother as well. Now, I tend to write about broader subjects such as religion, war, political issues etc.

Fiona: Because we record everything from home, there’s a bit less pressure than in a recording studio, so I feel a bit more relaxed. This has led to some hilarious singing outtakes (swearing, coughs, weird stomach noises) which Niall then proceeds to pitch shift and set on a loop! It annoys me to no end… but I can’t deny that it’s pretty funny.

Niall: Outside of Gefahrgeist, Fi spilled coleslaw on my Fender Jazz 1998 bass guitar at a wedding once. Least funny day of my life.

Fiona: I’d love to open for someone like Everything Everything.

Fiona: I did pretty well in Drama, so probably an out of work actress.

Fiona: Probably my violin teacher telling me to practice more… I should really listen to that!

Niall: Save and back up every session. Nothing is more disheartening than working on something for hours for it all to crash and be lost forever!

Gefahrgeist's new single 'Graceless' is available to stream and download now. Have a listen to it in the player below.

5 hours 41 min ago With their eagerly-awaited new album now less than a month away, Foals have dropped the next cut

4 hours 44 min ago After delighting so many with a flurry of enchanting cuts over the last few months, including 'Pa