Getting To Know... Harry Marshall

Getting To Know... Harry Marshall

His new EP 'Not Yet' is out now 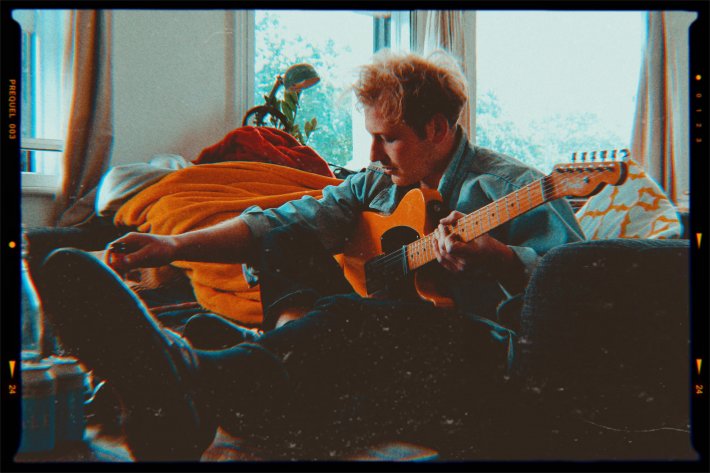 After treating us to a bright and uplifting collection of pop-rock anthems these last few years, fast-rising artist Harry Marshall has now returned to deliver his stunning new EP 'Not Yet'.

Bringing back more of that bold and effervescent direction he is known for, 'Not Yet' makes for a wonderfully captivating listen. Jam-packed with energetic hooks, vibrant textures, and his own heartfelt vocals at the helm, this new release certainly sets him apart as one of the more exciting names emerging at the moment.

So with the new EP out now, we sat down with him to find out more about his origin and influences over the years.

My first instrument was piano but the one I truly fell in love with was guitar. I started teaching myself so I could play standing up at local pub gigs but then I just couldn’t put it down, I taught myself guitar and to this day have never had a lesson. Which is probably why I’m not that good of a player! (he laughs).

Where I grew up we would have to drive an hour to pick up the only FM frequency radio station in the whole area of my state, so I never really listened to the charts and the AM station’s tired country music never interested me. Instead, I found solace in an array of greatest hits albums, INXS, Bruce Springsteen, Fleetwood Mac and Dire Straits to name a few. That grew to more lyrically complex music like Dylan, Cohen and Joni Mitchell in my adolescence.

Room for Squares by John Mayer. I had to drive four hours to the closest city with a DVD and CD shop worth looking in. That album was one of the reasons why I started teaching myself acoustic guitar.

Both Sides Now by Joni Mitchel. If you haven’t heard that song please do yourself a favour and listen to it whilst reading the lyrics. Then do it again.

I am quite a habitual in terms of what the process is, but the only ritual I have is writing the lyrics in my leatherback journal. I always have a song journal which all my songs get written into.

Hmm, Del Water Gap, Rodrigo Amarante, Sjowgren, and my favourite at the moment Michigander. I found out recently he’s a fan of mine too and I absolutely lost it because I have had his songs on repeat for months!

Gang of Youths or Muna!

Live shows. That’s the reason I started and will always be the most important and rewarding part of being a musician to me. Which is why the last year and a half has been the most difficult period of my life.

No one knows what a hit is before it’s released, no one. I’m sure there are educated guesses with millions of dollars behind a single track but they still don’t know if it will break or not. It’s all a big gamble. So when you release a song into the void and don’t get the numbers or recognition you think the song or you deserve, it can be soul crushing. It’s easy to put all of that weight on your own shoulders. Rewiring your brain to be just as proud of 10,000 streams as 1,000,000 is the most frustrating part but at the end of the day blood, sweat and tears were put into each track and art was the end result and that is worth celebrating.

I was in Nashville Tennessee chatting to Grammy award winning songwriter and my personal friend Chuck Cannon. I was very young in the industry at this time and I asked him what sessions he’d been doing recently and he replied with a list of artists that were huge and I mean huge. So I instantly got insecure and name dropped the only famous band I had spent time with, and he looked me dead in the eye and said with his southern drawl: “Harry, it's really cool that you’ve done something that’s really cool. But it’s a lot cooler if people find out for themselves.” To this day that is the best piece of advice I’ve ever been given.

Harry Marshall's new EP 'Not Yet' is available to stream now. Check it out in full via the player below.

Harry Marshall · Not Yet,