His new single 'Dr. Colorado' is out now 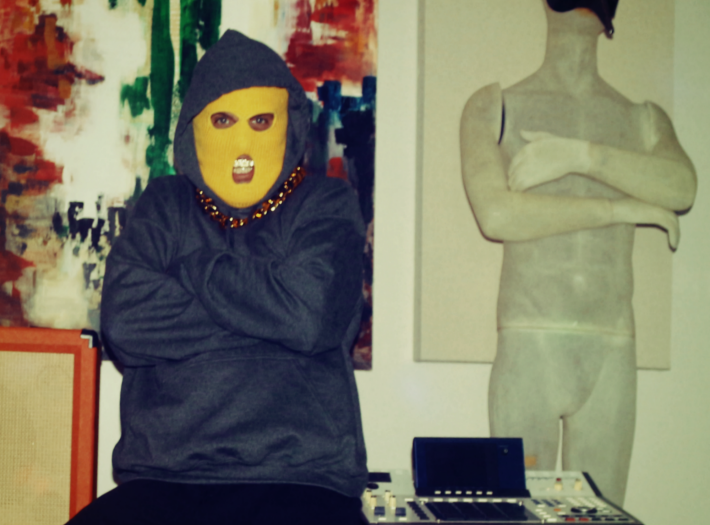 Following a batch of fresh and exciting offerings over the last few months, Washington DC-based artist Hyattsvillain has now returned to deliver his next energetic effort 'Dr. Colorado'.

Lifted from his forthcoming new album 'Short Songs For A Fast Life', which is set to land soon, 'Dr. Colorado' makes for a brilliantly bold and frenzied listen. Channelling a blistering and gritty punk aesthetic from start to finish, be prepared to pump your fists to this one throughout.

A lot of the New York alternative/indie stuff in the 2000’s – the Strokes, Interpol, The Yeah Yeah Yeahs….stuff that was catchy and on the radio but still felt cool to me.

I don’t remember really owning anything, but I remember listening to Lil Wayne’s “The Carter 2” all the way through and my mind was blown. That album really put me on to the cadence and flow of good rap.

Stevie Wonder’s “Uptight (Everything’s Alright)”. It’s obviously perfect how it is, but that could be such a good punky rocking song.

I rarely sit down and say, I’m going to write a new song. Most of the time I’ll get inspired in the real world, use that inspiration to start writing words and then try to accompany that with music. The latest single Dr. Colorado started when I heard the story of Buster Keagan, this street weed dealer from N.E. Washington D.C. who moved to Colorado, cleaned up his act, and opened up a dispensary. Music-wise, I decided at the beginning of this project that it’s mostly going to be fast, distorted rock music. That limitation really helps in creating new stuff. There’s a distinct border that I don’t cross with this first collection of songs.

Primus. I’d just like to be able to watch from the side of the stage.

For me, the rewarding part is bringing something new into the world. The collaboration between my partners is super fun too.

Breaking through all the noise. There is so much shite and it’s hard to get heard.

Frank Zappa gave this advice on a YouTube video I saw of him being interviewed: “Here’s the secret. There are two things that you have to do: one of them is to not stop and the other one is to keep going”.

Hyattsvillain's new single 'Dr. Colorado' is available to stream now. Check out the new video for it in the player below.

11 hours 47 sec ago With her eagerly-awaited new remix EP landing next month, Bess Atwell has now shared the next cut

13 hours 55 min ago After an astonishing run of form throughout his releases over the last decade, South African sing