Getting To Know... Jack Wakeman & The Dreamstriders

Getting To Know... Jack Wakeman & The Dreamstriders

Their new single 'Feel Again In Time' is out now 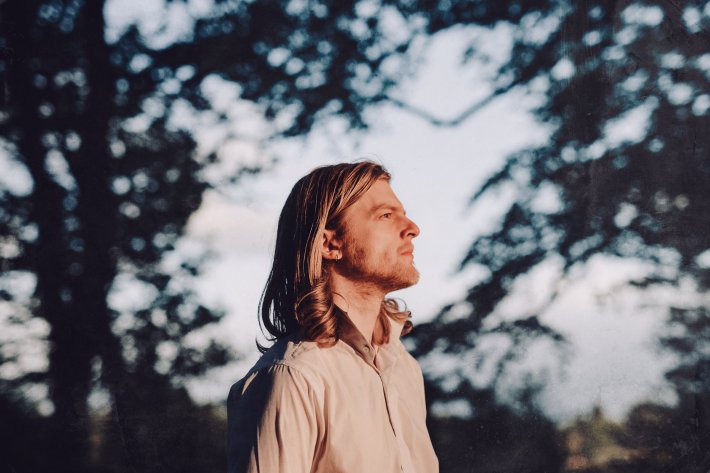 Following on from the release of their highly-praised initial offerings 'Cosmic Fear' and 'Visions' last year, Jack Wakeman & The Dreamstriders have now returned to deliver their illustrious new single 'Feel Again In Time'.

Channelling the warm and dreamy direction of acts like The War On Drugs, 'Feel Again In Time' makes for a wonderfully rich and driven listen. Filled with soaring hooks, a galloping pace, and some beautifully compelling vocals layered throughout, this new release sees them as one of the more exciting new names emerging right now.

So with the new single available now, we sat down with Jack to find out more about his origins and what has been inspiring him most lately.

Like a lot of angsty teenage lads I really got into guitar music when I was 12/13, discovering players like Jimi Hendrix, Jimmy Page and Eddie Van Halen, by the time I was 15 I’d convinced myself I would be some sort of electric guitar god, then I accidentally discovered the Bass guitar by helping out a friend’s band who’s bass player couldn’t make their gig, in the years following I found myself getting more and more work as a bass player and now it feels like home.

I spent a lot of time at my grandparents as a young child and they always had the radio on playing hits from the 60s and 70s, I have particularly fond memories of Baker Street and Build Me Up Buttercup. If I was in the car with my mum she’d have some soul/ Motown on and with my dad I remember a lot of Pacha classics and Ibiza club anthems, it was always a pretty eclectic mix but I feel the most nostalgic for the 60s pop stuff.

My cool meter is about to go down, the first album I ever bought with my own money was a best of KISS compilation from CEX in Doncaster town centre, I must’ve been 14/ 15, the less said about that the better probably.

I can’t say I sit around listening to music and wishing I had written it mainly because if I had it wouldn’t be the same. Having said that every time I hear Sledgehammer I think ‘damn this perfectly encompasses my idea of what pop music should be’.

I’m not the type for a concise process but I have found that if I try to resist writing for a while, until the bank of ideas is bursting I always write better music, it seems counter-productive on paper but in practice I think to force it is to lose creativity. Giving yourself time as an artist creates clarity within the ideas you have, Neil Young calls it ‘waiting by the rabbit hole’.

I’ve been listening to a lot of orchestral music recently, I re-listened to the Enigma Variations the other day, I’m not a huge fan of Elgar but there are some fantastic moments in that work. I also listened to The Nine Maidens album by John Renbourn who’s my favourite of the British folk revival guitarists. If you’re into medieval/ early music inspired acoustic guitar playing then that album is magical.

To create something thats pure, unique and interesting that satiates your creative appetite. There’s a feeling any artist/ musician gets when they know they’re onto something really special, just the potential of that feeling is a great motivator that brings boundless rewards when you stubble upon it. (oh and the copious streaming royalties).

Not knowing what your next move should be and if you’re on the right track. Theres no handbook or guideline to follow and theres no right way of doing it, you just have to keep trying at different things to see what works, which is probably a good thing but boy can that lead you down some mental rabbit holes.

When getting my band together my friend Brian from BC Camplight told me that the trick isn’t to find the greatest players but to find people that would all get along, having a band of friends is much more important than having a proficient group of negativity surrounding you. You can teach someone how to play but you can’t teach them how to be decent.

Jack Wakeman & The Dreamstriders' new single 'Feel Again In Time' is available to stream now. Check it out in the player below.

20 hours 9 min ago Chinwe - 'Something Beautiful'

5 days 14 hours ago After spending the last few years delighting us with a flurry of fresh and exciting singles, Lond