His new album 'Second Life' is out now 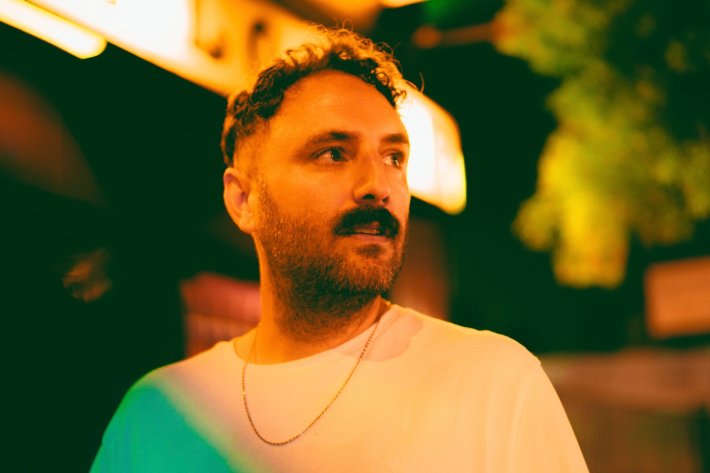 After originally cementing himself as the lead vocalist and co-founder of renowned LA-based indie-rock outfit Local Natives, artist and producer Kelcey Ayer has since been making waves with his new project Jaws Of Love, and now returns to deliver his new album 'Second Life'.

Following up his debut 2017 LP 'Tasha Sits Close to the Piano', 'Second Life' sees the frontman in a renewed and adventurous spirit. Offering up more of that warm and illustrious sound he is quickly earning a reputation for, his newest collection makes for a wonderfully rich and dynamic listen from start to finish.

So with the new album available to stream now, we sat down with him to find out more about his origins and what has been inspiring him most of late.

Drums. I was a very energetic, loud child, so it they just called to me. Plus I loved stuff, and drums has the most stuff! A guitar is a guitar, but drums is the hardware package, the different cymbals, different drum sizes and colors, so much to customize. I’d drool over expensive DW and Tama kits and Zildjan cymbal packs in Musician’s Friend Magazine, but still when my parents got me a Sunlite kit for Christmas in fifth grade, which was the bottom of the barrel and cheap AF, I was elated. I just loved making rhythms and noise, and so naturally I gravitated towards the piano. The piano is like a guitar and drumset all in one. You can play a melody or chords while hitting the keys very soft or really hard, hearing the hammers really clanging on the strings, percussion and melody at once. Drums was my first girlfriend, but I married the piano. I’m still a lousy cheat though from time to time.

My dad basically raised me on the red and blue Beatles compilation albums, but the first band I was a true fan of was 311. Once I matured into my teenage rage, I fell in love with Korn, Limp Bizkit and Slipknot. That clown in Slipknot hitting an empty keg really spoke to me. He was so angry and maniacal and getting all his rage out making the most amazing sounds. From there went to Thursday and Glassjaw, then end of senior year became a proper indie kid with Animal Collective and Broken Social Scene.

I had a cassette of Bush’s Sixteen Stone that I loved. It was the first physical piece of music that I bought myself that wasn’t given to me as a gift. I loved that tape.

I think “Slip Sliding Away” from Paul Simon is one of the most beautiful, life affirming and heart-breaking songs ever written. I would have liked to write that. It feels like it covers everything. Like every emotion in the universe is in that song. That’s one of my benchmarks for sure.

I think my habit is to scratch every itch. To me that means if there is something in my head that I want to hear on piano, guitar or with my voice, I never hesitate to record it in my voice memos on my phone. Even if I’m out and something pops in my head, I’ll record it on my phone. Usually it’s a lot of gibberish and unusable, pretty laughable nonsense, but every once in a while it’s the start of the next beautiful chase towards a new song.

I actually haven’t listened to a ton of new music lately, I find trouble getting something to catch my ear and stick. But when something does, it sticks really hard. I can’t stop listening to the new Jockstrap record, I think they are geniuses and are tapping into something very, very special. I’ve also really enjoyed the new Alex G and Djo records.

Radiohead. I could sit here and think of a cooler, more contemporary answer but I think I’ll skip the bullshit and just put that out into the universe. They are my all-time favorite band. Sorry 311 (you were still my first!).

To be able to create something from nothing and have it not only move yourself immensely, but other people as well. Feels like a superpower, but an actually real one.

Balancing gratitude for what you have done and your ambition to achieve more. Sometimes I wish touring, promoting albums, critical or commercial success, that these things weren’t part of making music at all. I suppose for some people they aren’t, but for me they are. I’ve got to find my peace with that.

Jaws Of Love's new album 'Second Life' is available to stream now. Check it out in the player below.

7 hours 47 min ago With their highly-anticipated new album landing early next year, Circa Waves have now dropped the

10 hours 54 min ago After breaking through with their brilliant debut single 'Old Mate Bill' earlier this year, emerg