Getting To Know... John Murry

Getting To Know... John Murry 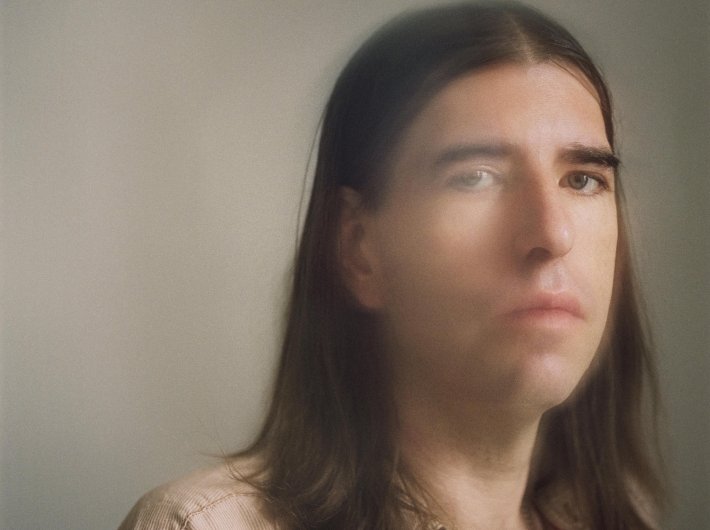 After releasing a wave of bold and impressive tunes over the last few years, singer and songwriter John Murry returns with captivating form on his latest effort 'Oscar Wilde (Came Here To Make Fun Of You)'.

Lifted from his forthcoming new album 'The Stars Are God’s Bullet Holes', expected on the 25th June, 'Oscar Wilde (Came Here To Make Fun Of You)' sees him deliver one of his most spellbinding releases to date. With its rich and atmospheric tones, layered amongst his distinct baritone vocals, his new collection is already looking like one of the most textured offerings of the year so far.

My grandfather's fountain pen and, following very shortly after, his khaki electric IBM typewriter and Charlie Parker's saxophone. Unlike white American kids whose parents were "in the know"/Madoff fans, I had no idea money markets even existed, much less that they had "instruments" like currencies and what-not. Thank fuck! You can't make a dollar sing and there are so few keys when it comes to money. Charlie Parker goes through more keys on the opening track of Giant Steps than lads like Alan Greenspan are even capable of hearing.

Really, really, really *great* music (that only got old when Mississippi rednecks, high school football players, and other future fraternity and sorority clowns and criminals started listening to it). To this day I only like good music: not much has changed.

It was either Charlie Parker's "Giant Steps" and Miles Davis' "Kinda Blue" (my choices, bought at the same time) or that Winger record (my mother's choice, I think) with the song about the underage teenaged girl who's "only seventeen" (let's hope she filed for a restraining order and is ok, because those dudes seem to like writing about statutory rape…)… ugh.. gross.. can we declare holy war on patriarchal non-music now puhleeeeese? Yeah… I'm going with Bird's Giant Steps and Miles' Kinda Blue.

Mississippi by Bob Dylan, because it is effectively completely true as relates to me and not true as relates to him (unless he just decided to dislike Jim Dickinson's place outside of Coldwater, Mississippi where he wrote they before they began work on Time Out Of Mind on one of those days when nothing fits right and it was really muggy out and the mosquitoes were feeding and the water moccasins were hanging too close…. I doubt that, though, because none of the Dickinson clan are anything but incredibly fun and righteous and entertaining and inspiring and good, so…).. "only one thing I did wrong, stayed in Mississippi a day too long": Cheers, Bob. You get me. Can we talk about this now, laddo? Ta.

Months of wavering between self doubt and complete narcissism, lengthy phone conversations with people like manager/ spiritual advisor John Brice about Cassavettes and - just two days ago - why no one thought to cast Michael Caine and Harvey Keitel together until recently. I wish John Brice would accept that Amy Adams is the best actor alive, and I'm not just saying that because she's so lovely and badass. I also only really like using fountain pens and unbleached, unlined paper or my manual late 60's Japanese mustard coloured travel typewriter to write on, as it makes me feel very posh and then I take myself a bit more seriously until I engage that other "ritual": getting stoned midday when midday has become other people's evening.

Una Sealy. I listen to her. Luckily she paints. Great advice, amazing artist. Paul Duane, filmmaker extraordinaire who told Shauna and myself that "everything is nothing, nothing I'd everything, and it is fucking great". Lately? The Barmy Army's "Blue Moon", John Cale's brill take on "Heartbreak Hotel" (especially live from Rockpalast, following his beautifully mad take on the country classic "Streets of Laredo"), Jerry Jeff Walker, The Stairs' "Weed Bus", Matt McManamon's new solo stuff, some good auld Squeeze and whatnot, Gavin Clark, this Joy Division show in Amsterdam when Ian curtis wore a t shirt referencing William Faulkner, my cousin by adoption/child trafficking, and disappeared for several minutes (like fucking VANISHED. It's on YouTube. From the Paradiso. No: it wasn't the drugs, maybe it was the Crowley…), rock goddess ala Patti n Iggy - but with WAY BETTER HAIR, Freya Beer, a bit of Johnny Cronin's crooning, Joe Dolan's version of It Was Only Make Believe, Ahmed Zahir, Nico's 1895 masterpiece "Camera Obscura", the song Yoko Ono wrote that LX Chilton "rewrote" as "Holocaust" - sad but true, Crass' "The Feeding of The 5000", Paul Gallagher's cover of the bee gees classic how deep is your love, and the gospel according to Stevie Nicks and Tom Petty.

"John… my sister from another mister… that phrase "music industry" you're banging on about, railing to high heaven against? THEY are the industry. WE make the music. Who needs who, like… Which comes first, broski? Exactly. There is no them without us. We may be the pretty ones AND have the music, but people who actually dig rock and roll - not "the industry" - love peacocks like us with electric guitars and damn near perfect hair." Chuck Prophet

John Murry's new single 'Oscar Wilde (Came Here To Make Fun Of You)' is available to stream now. Check out the new video for it in the player below.

3 hours 42 min ago With their highly-anticipated debut album now less than a month away, easy life have now unveiled

6 hours 41 min ago Following on from the huge success behind their debut single 'Echoes' earlier this year, fast-ris