The artist's new single 'Break Me' is out now 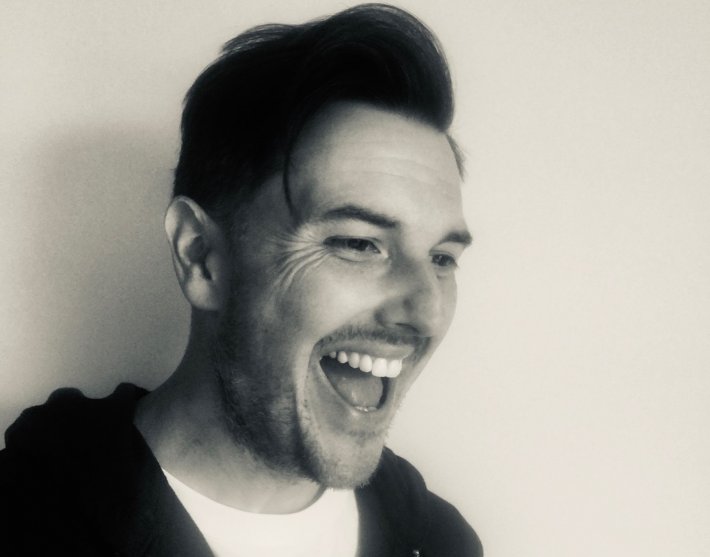 As a co-founder and main songwriter for London’s 2-Tone/Ska/Reggae outfit The Kubricks, songwriter Jonny Spalding is now looking to break out on his own with his deep and passionate new offering 'Break Me'.

Produced with Hugh Fothergill and featuring soulful vocals from J Appiah and Freddie Gavita on trumpet, 'Break Me' makes for an incredibly bold and engaging initial release. Filled with sparkling instrumentation, solid production, and Jonny's own captivating vocal performance, this new delight is sure to be the first of making incredible cuts from the frontman to come.

So with his newest gem cementing himself as a vibrant new artist, we sat down with him to learn more about his origins and what has been the inspiration behind his work to date.

I grew up with my 2 older brothers who both introduced me to 80’s electronic music and I fell in love with the synths. I learnt to play the keyboard soon after.

I’m a huge fan of production in music, which is always the first thing that inspires me. I’m a massive fan of Dre, Kayne West, Max Martin – it’s quite varied.

As a kid I loved all of the Michael Jackson albums and this stayed with me with the HIStory album which blew my mind – I loved the lyrics, the production which had elements of industrial, Nine Inch Nails – it was a massive influence. I also loved Brit-Pop and Electronic Music.

I remember listening to the Pet Shop Boys greatest hits album called Discography when I was a teenager and I fell in love with the songwriting. In particular a song called Left To My Own Devices, which was produced by Trevor Horn and included a full Orchestra over a dance-beat.

Normally up-tempo and something with bite - at the moment it’s M83 and Kanye West.

All of my songs are personal in some capacity.

Probably when BBC Radio 6 played my band, The Kubricks, first record. I heard it live and it was unannounced so was insane.

I’m massive fan of movies – could talk about these all day. The Dark Knight Trilogy is a masterpiece. I’m also getting into running at the moment.

I love films and movies so I would have loved to do this – not as an actor but perhaps writing screenplays etc.

I’d say work with people who are better than you – I’ve learnt so much from producers I’ve worked with. At the moment, I’m working with a producer called Hugh Fothergill, who is insanely talented, he does some amazing tunes and also a really nice man.

Jonny Spalding's debut single 'Break Me' is available to stream and download now. Have a listen to it in the player below.

2 days 12 hours ago Following on from the release of their much-loved 2018 record 'Shiny and Oh So Bright, Vol 1 / LP