Getting To Know... The Kite Machine

Getting To Know... The Kite Machine

Their new single 'Your Touch' is out now 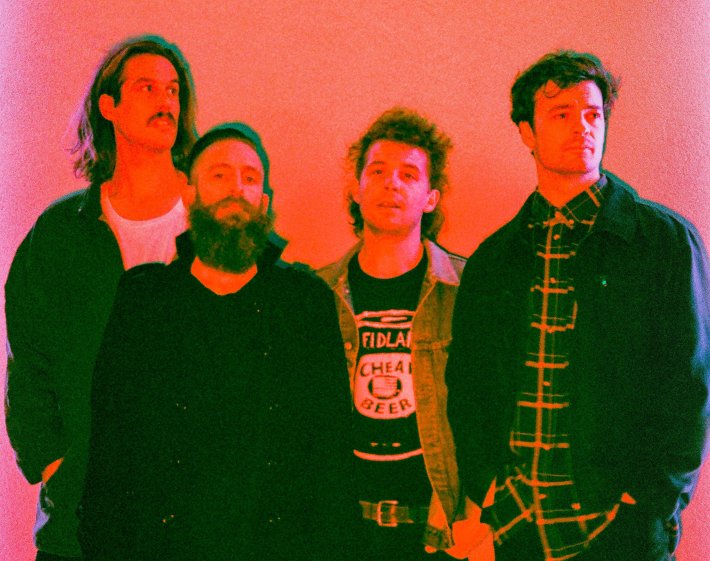 Following on from the release of their stunning self-titled debut album in 2019, fast-rising outfit The Kite Machine make their eagerly-awaited return with the blistering new single 'Your Touch'.

Channelling the raw and driven alt-rock edge of acts like Royal Blood and Death From Above 1979, mixed with an explosive electronic edge, 'Your Touch' makes for a fresh and vibrant listen throughout. Filled with enormous hooks, a driven pace, and killer vocals throughout, these guys are certainly coming back with a bang.

Probably the drums. I’ve spent many hours on the guitar and love it but drums always holds that special place in my heart.

I was very influenced by my parents. Lots of Paul Simon, Peter Gabriel, Dire Straits etc. Through my teens I got more into the heavy riff stuff like Rage Against The Machine and Muse and Mutemath. As well as probably one of my favourite bands, Radiohead.

Glósóli - Sigur Rós. It’s the most epic song that exists.

Listening to my favourite albums to get the juices flowing and especially when it comes to writing lyrics I just read heaps of my favourite artists as poetry without the music. When all else fails have a long shower, all good ideas come from a shower.

I’ve been smashing the strokes recently, they’re just a gift that keeps on giving. I feel like musically they tend to be underrated, but there’s so many great ideas kicking about in their songs.

Biffy Clyro, or Mutemath but alas, the opportunity has passed haha.

Definitely playing shows! Hearing people sing along and jump around to your songs couldn’t get better.

The backend stuff. I despise emails and organising things haha. Just tell me where to be and I’ll be there.

Stop listening to people when they give you advice. I gave myself that advice. I think it’s pretty good haha.

The Kite Machine's new single 'Your Touch' is available to stream now. Check out the new video for it in the player below.

3 hours 39 min ago After delighting us with a flurry of warm and enticing releases these last few months, James Vick

3 hours 55 min ago After establishing himself with a flurry of releases throughout last year, fast-rising artist Tot