Getting To Know... Klay Cartier

Getting To Know... Klay Cartier

His new single 'Chrome Hearts' is out now 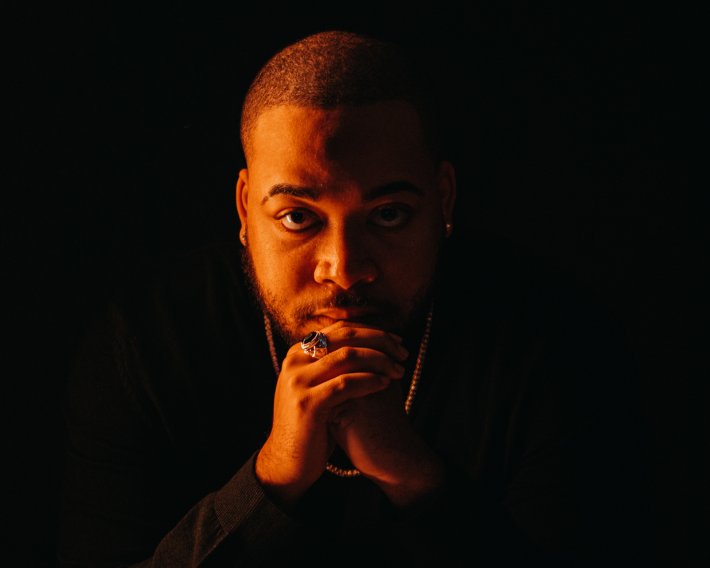 Following on from a flurry of fresh and exciting releases over the last few months, which have found praise from the likes of Wordplay Magazine, NOTION, CLOUT and The Pit Ldn to name a few, emerging artist Klay Cartier recently returned to deliver his breezy new single 'Chrome Hearts'.

Channelling more of that sweet and sensual R&B flair he has been cultivating over the years, 'Chrome Hearts' makes for a wonderfully vivid return. Jam-packed with warm and effervescent textures, a soaring atmosphere, and his own passionate vocals at the helm, he is really looking to pull on our heartstrings with this one.

So with the new single available now, we sat down with him to find out more about his background and what has been inspiring him lately.

I don’t play any instruments but I love guitars so much, there’s so many emotions that can be conveyed via guitar and it’s just amazing.

I loved R&B and Pop Rock, so one minute I’d be listening to Mary J. Blige and Alicia Keys then the next I’m listening to Nickelback and Panic At The Disco.

My first album that I bought was Michael Jackson BAD, no skips at all on the album. Still to this day get goosebumps listening the album, it’s truly a masterpiece!

Man that’s tough cause there’s so many awesome and well written songs that I wish I wrote but the one song I wish I wrote probably has to be “Hello” by Adele, to write a song that is so vivid and descriptive to the point where you don’t even need a music video to it because you already can see the words coming to life in your head. I love that song a lot.

I try to go to a quiet place, preferably dark, and I soul search, I try my hardest to feel what this song makes me feel and then I channel it.

I absolutely love Dijon, he’s so incredible and I love the stories he puts in his music, he has so much emotion and detail in his art. A couple other artists I’ve been listening to nonstop are Moses Sumney, Allan Rayman, Lucky Daye, Alex Isley, and Mariah the Scientist just to name a few.

I think it’s when people tell you that your song helped them through a tough time or when they can’t stop listening to your song because it’s that good. I also find it rewarding when people reach out to me and tell me that I inspired them. Things like that make all this work and sacrifice worth it.

I think the most frustrating part of being an artist is when you’re overlooked because you don’t fit a certain mold, or when people try to box you in a genre. Often times I get labeled as just an R&B artist or just a Rapper when I’m much more than that, I’m multifaceted.

I get a lot of advice because I’m constantly asking for advice from anyone that has experience in the industry or anyone that’s a musician. So far I think the best advice I’ve gotten is: Don’t trade your authenticity for approval.

Klay Cartier's new single 'Chrome Hearts' is available to stream now. Check it out in the player below.

2 days 15 hours ago With their eagerly-awaited new album now just over a month away, Death Cab For Cutie have now dro