Their new single 'Deeper Blue' is out now 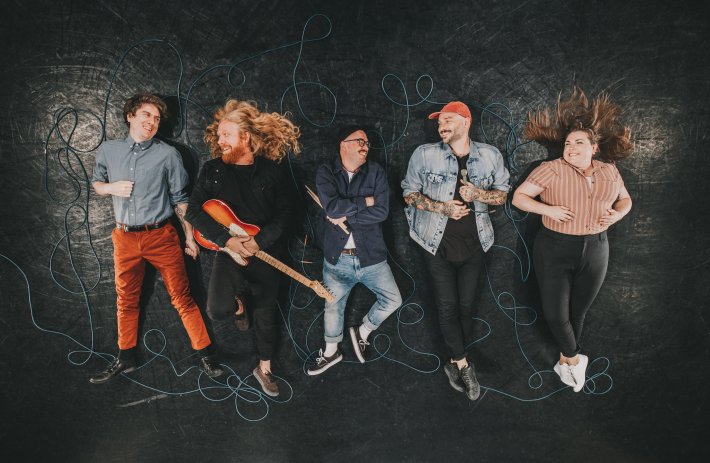 After spending the last few years churning out a bright and shimmering array of laid-back indie-rock offerings, Vancouver-based outfit The Long War are back at it once again to share their latest effort 'Deeper Blue'.

Lifted from their forthcoming sophomore album 'Under A Heavy Sky', which is out on the 22nd October, 'Deeper Blue' makes for a wonderfully warm return from the group. Channelling the same vibrant direction as acts like The War On Drugs, their newest release showcases them as a broad and dreamy name emerging on the scene.

So with the new single available now, we sat down with vocalist Jarrett Lee to find out more about his background and what has inspired him most over the years.

Guitar. I used to sneak into the basement and teach myself how to play by listening to songs and playing them back over and over again. I was shy about it for some reason, probably because I was bad. But I started to soon write my own songs and began to see the guitar as a tool and fell in love with it.

When I was really young I used to stand on the balcony and sing Purple Rain. It was the first song that stuck with me. There was grunge in High School, Nirvana and Pearl Jam. I loved Jeff Buckley, Grace and collected EP's like Sin-é and still think Sketches is good. Later came my Dad's music, I remember getting into Joni Mitchell, CSNY and Steely Dan. I was named after Keith Jarrett so Jazz had its time and still does.

It was probably Michael Jackson, Bad. This is giving away my age a bit but it was on cassette and I remember making my parents listen to it in the car and just playing it to death.

Hallelujah. It's had some beautiful versions throughout the years and the great ones get covered. Lyrically it feels like more than a song somehow. It's so profound, there's nobody like Leonard Cohen.

For me there aren't any rituals, I just try to write when I'm overcome by a feeling and connect somehow to whatever that feeling is. The goal is to get out of my own way. I record everything which is a good habit, especially when you're trying to turn a red wine writing session into a cohesive piece of music.

I always keep an eye on Wilco and Damien Jurado. I love Black Pumas, they may be the best band in the world right now. Lately I've been going hard on Justin Townes Earle, I somehow never really got into his stuff but lately I'm obsessed. He was an incredible songwriter, such a loss.

Wilco would be fun, just to get to spend time around Jeff Tweedy. He's hilarious, I think funny people make the best songwriters. Plus that band is out of sight as they say.

I'm grateful to have people around me that allow me to express myself in such a unique way. Music is a conduit, it's where not only through words but feel, flow and sounds that I can pour it all out. When I'm ready to kick it for good, I'll be able to look back knowing I had this music thing in my life and the folks who made it possible - that's the reward.

There can be a lack of authenticity and a competitiveness that comes with being a musician. People can project misguided beliefs of what success is or how you should tell your story. It's easy to get swallowed up in things that don't matter and lose sight of what does. Creating.

I heard somewhere that thought is the enemy of flow. I feel that's true most days.

The Long War's new single 'Deeper Blue' is available to stream now. Check out the new video for it in the player below.

5 hours 10 min ago With her highly-anticipated new album landing later next month, Soccer Mommy has now unveiled the

5 days 5 hours ago After breaking through with her incredible cut 'miss u' last month, which found support on Wonder