Getting To Know... Malin Andersson

Getting To Know... Malin Andersson

Her new single 'Reef' is out now 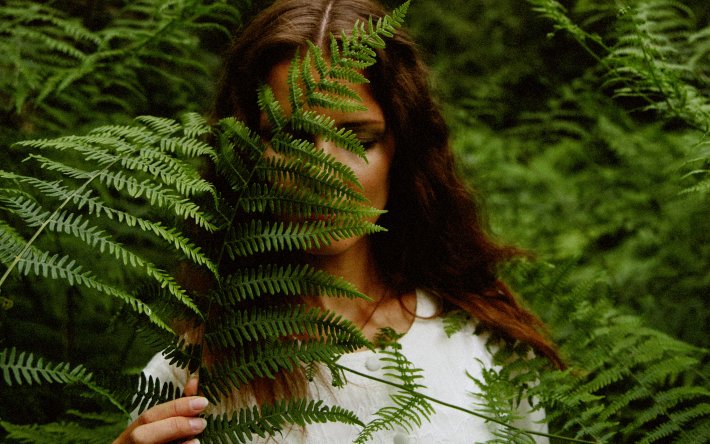 Following on from the release of her stunning 2018 LP 'Follow', Swedish singer and songwriter Malin Andersson has now returned to unveil her latest heartfelt single 'Reef'.

Lifted from her forthcoming new studio album 'Space To feel', 'Reef' conjures up more of that rich and atmospheric direction she is known for. Channelling beautifully warm aesthetics, breezy textures, and layered with her own mesmerising voice, her next release is already shaping up to be one to look out for.

The Guitar - my dad played it and still plays a lot at home.

I listened to a lot of Swedish pop/indie music like The Cardigans, Kent and Anna Ternheim growing up, as well as loving all of The Beatles songs. Whitney Houston and Alanis Morissette were my favourite female singers.

I didn’t have a lot of albums myself but I remember one old Whitney Houston record “Whitney” that we had at home and I knew every song from start to finish on it.

Hard choice but one genius song is “Both Sides Now” by Joni Mitchell.

Whenever I write I make time and space to sit by myself, usually in the evening, turning off emails and phone… I just need to sit in silence, trying some different ideas on the guitar and then after a while, hopefully a song comes along. Lately I’ve also tried meditating before writing - it helps to clear my mind and ground me if I’ve had a busy day.

I would say Dolly Parton, because she is such a legend.

Knowing my songs could possibly help or be sort of healing or comforting for someone else. To receive a comment after a show or in an email, saying that my music helped them to maybe escape their worries for a while, means so much. It is also a great reminder that the music is actually not so much about me, but about creating something for everyone to have and hold.

Having to be on top of all the admin and content sharing. I do often find the socials fun, as you can connect with your listeners, but I wouldn’t mind having more time to only create and perform the music.

Age will make you better, both musically and lyrically - you will have more to tell, so don’t rush anything. Everything in time!

Malin Andersson's new single 'Reef' is available to stream now. Check out the new video for it in the player below.

20 hours 33 min ago With their eagerly-awaited new album now just over a month away, Death Cab For Cutie have now dro