Her new single 'Waking Waiting' is out now 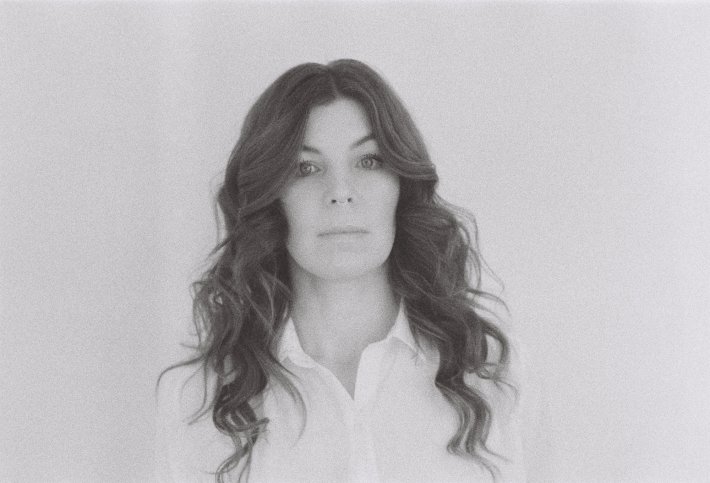 Mixing together a subtle blend of sweeping guitars and lightly-played piano, 'Waking Waiting' makes for a wonderfully rich and warming return. Throw in her bright and uplifting vocal performance and you have one of the most tranquil and calming releases of the year so far.

I don’t really remember to be honest. I was always singing and my parents were avid music listeners - everything from classical music to ABBA and the Beach Boys. The first album I knew by heart was Eurythmics - Revenge. I could barely speak but singing along to Annie Lennox in an invented English sounding language felt like the right thing to do. I knew early on that I always wanted to create music and tell my stories.

My older brother was a big influence when I was a teenager. He had (still has) a big record collection and was only listening to hip-hop and a bit of jazz so that’s all I was listening to as well as a kid. I got more into R&B and soul because I loved singing so much, but I never crossed over to other genres really. Lauryn Hill, Erykah Badu, Nas, Mary J. Blige, Sarah Vaughan, A Tribe called Quest - these were the heroes of my youth until I heard Jeff Buckley’s album “Grace“ for the first time when I was 18. That changed my life.

I usually write in the morning and record/produce in the evening. Sometimes it changes but for the most part it feels like the best combination. I do love to travel and usually get inspired by these new surroundings, different cultures and their stories. Even then I would start a new tune in the morning and see how the rest of the day evolved.

I listen to a lot of older music because I feel the songwriting, for the most part, was more interesting than it is today. We have so many choices in producing music nowadays, and sometimes it's easier to forget the actual song and get carried away with all the options and technical toys on the table. That being said, some of the more contemporary artists I listened to last year were Andy Shauf, Kelsey Lu, Son Little, Fleet Foxes, Moses Sumney, Kadhja Bonet, Waxahatchee, Jessica Pratt… so many more.

I like being the observer in my music but at least half of the songs I write as of now are about people in my life, including myself. I think it's easier to write about yourself but not necessarily better - but sometimes your own feelings need to get out there as well. I’m trying to keep a healthy balance and sometimes it's nice to tell a story, even if it’s not your own.

Oh, I don’t know. Vulfpeck sending me a vinyl of their last album even though I never ordered it in the first place? (Where do they have my address from anyways ??)

Joni Mitchell - some time in the early 70s.

It’s hard to say. I’m interested in a lot of things that involve creativity to some degree. I like analog photography, dancing, books and travel. So broad. I don't know. I like to learn and nourish what makes me truly happy and I also like helping others to find that in themselves as well.

Trying to not judge and not hold any expectations about what should or could happen with your music once it’s out there . It’s all a game which involves luck to a certain degree, and the only thing that is truly in my hands is the actual moment of joy when I’m writing or recording a song or singing it on stage for an audience. There is so much great art out there that nobody knows of - it’s nice to take the time to dig into it and find a rare gem once in a while.

Panteon's new single 'Waking Waiting' is available to stream and download now, Check it out in the player below.

2 days 11 hours ago Following on from an impressive array of releases over the last year, Maisie Peters has now retur

2 days 11 hours ago After making a huge impression as solo acts over the last few years, critically-acclaimed pop pow