Getting To Know... PENNY X

Getting To Know... PENNY X

Her new single 'back to your dad's' is out now 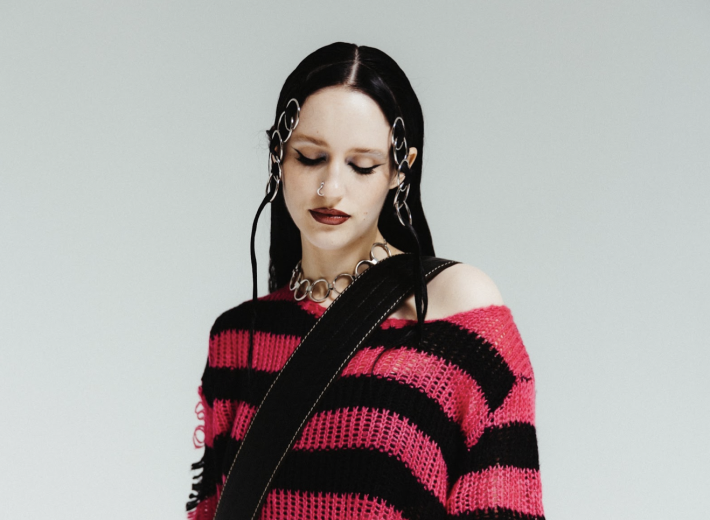 After establishing herself with a wealth of fresh and dynamic releases throughout last year, Berlin-based artist PENNY X is now looking to kick off her 2023 with the explosive new single 'back to your dad's'.

Bringing back more of that dark and haunted alt-pop direction she is known for, 'back to your dad's' makes for a brilliantly infectious listen. With her raw and passionate vocals layered across a blistering production from start to finish, she is definitely one to keep a firm eye on for the future.

Guitar. Actually I always wanted to play violin but my parents didn’t want me to because they were afraid of how it would sound in the beginning. So I chose to play guitar instead - best decision ever!

I listened to the radio a lot since no one in my family was really that interested in a special genre. Then throughout my teenage years I listened to a lot of Country music, inspired by Taylor Swift. And I think you can still hear that influence in my songwriting.

A bit random but I think it was by LaFee, a German teenage star and pop/rock singer.

There’s so many, it’s really hard to decide but I think Golf on TV by Lennon Stella and JP Saxe is such a special song. It’s so hard to write a love song that’s not cheesy and they just nailed it. Also the chords - amazing.

Not really, it’s different every time. But my first step is always to think about what I wanna say lyrically.

There’s many but recently I really love renforshort, JP Saxe and Ava Max for example. Also Noah Cyrus was my number one artist in 2022 referring to my Spotify wrapped.

Taylor Swift. She’s a legend to me.

Hearing about how a song I’ve written has helped somebody else get through something.

Always remember why you started.

PENNY X's new single 'back to your dad's' is available to stream now. Check it out in the player below.

12 hours 42 min ago Following on from the release of his highly-praised 2020 LP 'Shortly After Takeoff', BC Camplight

15 hours 44 min ago Having already found huge support for his run of releases over the last few months, progressive a