Getting To Know... Roma Rose

Getting To Know... Roma Rose

Her new single 'Fourteen' is out now 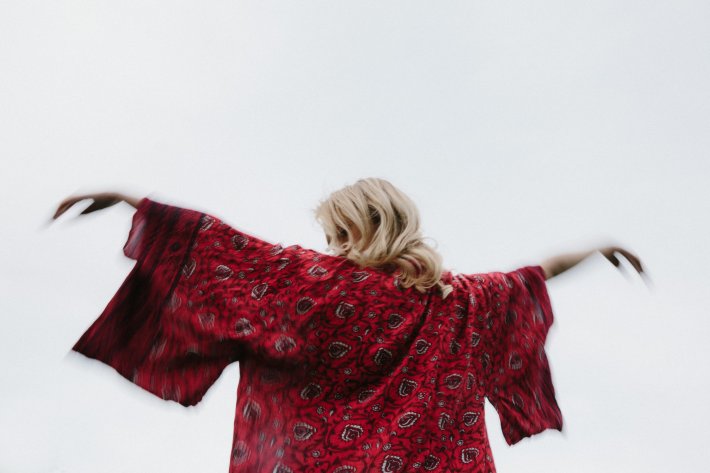 With praise from the likes of BBC Introducing, BBC Radio Scotland, and Amazing Radio for her previously shared offerings to date, Scottish singer-songwriter Roma Rose has now returned to deliver her spellbinding new single 'Fourteen'.

Lifted from her forthcoming debut EP, which is set to arrive soon, 'Fourteen' offers up more of that warm and alluring aesthetic she is known for. Coupling a sweet and humbly-played piano with her rich and captivating voice throughout, it already feels like we are witnessing the birth of a truly mesmerising talent.

So with the new single available now, we sat down with her to find out more about her background and what has been inspiring her most lately.

Voice! I always wanted to sing from a young age and that has always been my main instrument. As well as making music, I work as a voice actor for animations and video games, doing all sorts of bonkers voices. I love how flexible the voice can be and can’t believe that I get to use it for my job every day. I also used to play the Clarsach - which is a small Scottish harp. I loved it, but then became a hormonal teenager and decided it wasn’t cool to be lugging this massive instrument into school and gave it up… Massively regret that now and am thinking about taking it up again!

All sorts. I grew up in the Scottish borders and it was a long drive into school every day, so I grew up listening to music my parents loved on those drives - Genesis, The Eagles, Billy Joel, Dire Straits. My dad also loves powerhouse vocalists so we would listen to a lot of Celine Dion, Whitney Houston, Mariah Carey and Gloria Estefan. I was a teenager in the 90s pop princess era, and Britney and Christina were everything! And then as I got a bit older, I started listening to more folky stuff like Bob Dylan and Leonard Cohen. I think my musical tastes have forever been a melting pot of all those influences.

B*Witched’s first self titled album, when I was ten. They were also the first live show I went to.

I usually start with a topline in my head and go from there. I have hundreds of notes in my phone with all sorts of lyrics, and voice notes of riffs and melodies. When a song has started in my head, I then go and pull from there. I do a lot of co-writes which I love. These vary from taking a song into a room and working with people to make it better, to starting something brand new in the write itself. I usually like to have some starting points up my sleeve so if we’re starting from scratch, I’ll take a few hours before to free flow lyrics or play with some melody ideas - around a loose theme or idea.

Anyone in the whoollle world…..??? Taylor Swift!

Hearing that your music has resonated with people. Whether it’s a song about falling in love, navigating early motherhood or grief - hearing that someone has connected with the song and it’s added something to their day - that’s everything.

How difficult it is to get your music heard and how it’s now mainly wrapped up in social media presence. In order to get a good presence, you need to be really active on the socials all the time and for so many artists this goes against the reclusive creative periods where you just want to hide away and create.

Leading on from the above - a few separate people I’ve been working with recently said if you want music to be your job (and you want to try and make some mullah from it!), then you have to see it like any regular job - there will be bits you love and bits you don’t love so much. And the self promotion/social media side should just been seen like that - a necessity for the modern day music industry that you should accept and embrace. So I’m going to try to hold on to that and find more joy in that side of things - It is an amazing free marketing tool after all… Now who can show me how to use tiktok?

Roma Rose's new single 'Fourteen' is available to stream now. Check it out in the player below.

3 hours 35 min ago After delighting us with a flurry of warm and enticing releases these last few months, James Vick

3 hours 52 min ago After establishing himself with a flurry of releases throughout last year, fast-rising artist Tot