Getting To Know... Space Tyger

Getting To Know... Space Tyger

His new single 'Velvet' is out now 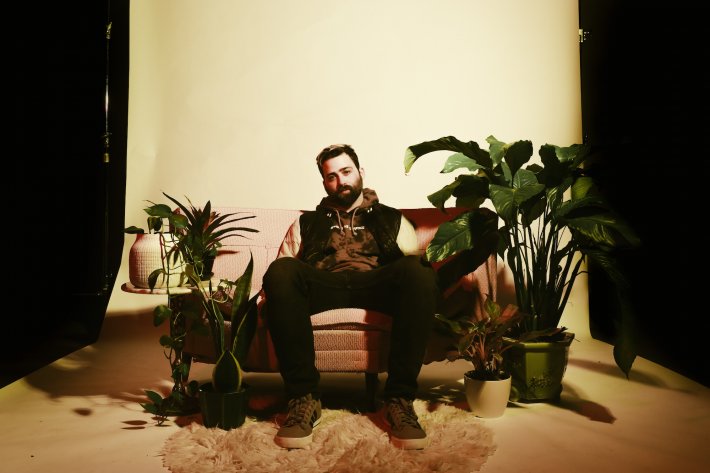 Although the pandemic affected his plans dramatically for the last year, Alabama-based artist Space Tyger spent the time working on new material and has now delivered his brilliant new single 'Velvet'.

Channelling a blend of psych-rock and dream-pop influences from start to finish, 'Velvet' sees him return in stellar form. Filled with euphoric aesthetics, killer production, and his own laid-back demeanour layered throughout, it definitely feels like he is set for big things in the years to come.

Honestly I remember buying No Strings Attached by NSYNC.

Not necessarily. Maybe this isn’t considered a habit but one thing I’ve started doing is to come at each new song with a slightly different approach. Whether it’s starting with a lyric, or just a drum part, or a tempo. Try to keep it fresh. So it’s a pattern of trying something new.

Right now is a lot of Benny Sings, and I’ve gotten more into Solange.

Besides a sense of pride and purpose it gives me. It’s been crazy rewarding when people have come up to me or messaged and explained how my music has positively affected them. It blows my mind that people connect with it on deep levels and I love that. Makes it really gratifying.

I think choosing a path of anything creative you come across a lot of negativity. Something precious and vulnerable that you make being criticized is rough and takes getting use to. Sometimes it’s not even intentional. I’ve worked hard on stuff before and shown a friend or somebody and they’ll be like “oh cool” and move on. Like “Thanks I just spent two months working on that it’s fine I didn’t need to hear anything more” haha. It’s tough putting months or a year or more into something and the end result is hoping people will listen for 3 minutes of their life. But that’s not on them personally it’s just how it is. A positive though, is that you get thick skin. You can take a metaphorical punch to the psyche and brush it off. Just have to be confident in what you’re doing. At this point I’ve heard it all. So I finally said “fuck it”. I’m going to do what I want.

You’re only a half step away from the right note.

Space Tyger's new single 'Velvet' is available to stream now. Check it out in the player below.

1 day 5 hours ago After delivering their outstanding studio album 'SHYGA!

1 day 5 hours ago After impressing so many with her brilliant singles ‘Frank’ and ’Stripes’ last year, fast-rising