Getting To Know... Stealing Signs

Getting To Know... Stealing Signs

Their new album 'Somewhere Between' is out now 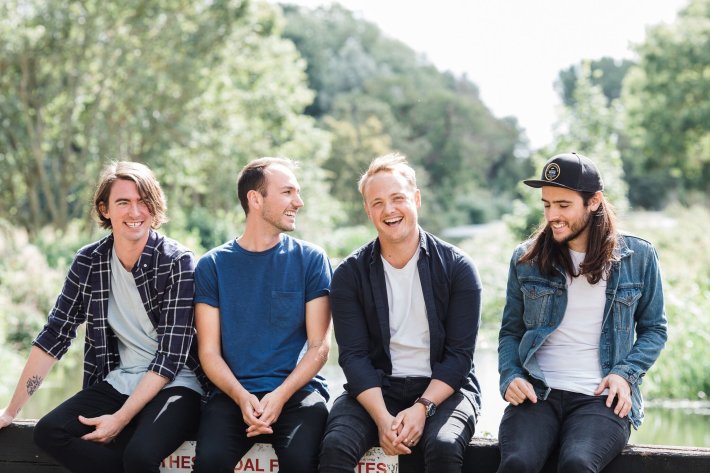 Featuring the previously shared anthem 'Care', 'Somewhere Between' makes for a wonderfully fresh and enjoyable listen. Jam-packed with raucous energy, stellar grooves, and catchy hooks throughout, this is definitely one to crank out loud!

So with the new album available to stream now, we sat down with lead singer and guitarist Nick Acton to find out more about his influences and what has inspired him most over the years.

I think the boringly true answer is Guitar. I have a very early memory of seeing The Proclaimers playing two acoustics on some sort of music show. Not the coolest inspiration for a musician, but it definitely caught my eye and then my ears.

Literally everything. I was always a musical kid and, at a certain stage, music felt like a super power. I vividly remember feeling like I had cracked some sort of code when I could point at lights changing in time with some pop track playing at a kid’s disco. I now know that I had some semblance of natural rhythm, but at the time I couldn’t understand how I instinctively knew when the lights were going to change colour.

‘Smurfs Go Pop Again’. That’s right, the sequel to the Smurf’s first album ‘Smurfs Go Pop’. And I want to be clear. This isn’t some underground hipster band from central Europe. I’m talking about the little blue cartoon characters. The album was largely filled with tracks that had the word blue in them. Niche.

‘This Room’ by a band called Echelon. It’s a B Side, on an obscure band’s single release. Pretty much the polar opposite to anything you’ll hear on ‘Smurfs Go Pop Again.’ Echelon were a band in my home town who got signed and released music and toured etc. I looked up to them massively and ‘This Room’ is an absolute gem of a song. I believe all of their music is available on Spotify even though they disbanded many years ago.

I like to play in new places on different instruments. I’m not sure if that’s a ritual, but I feel like writing in different locations with different guitars can put you in a different mindset. It keeps the writing process fresh and engaging.

I really like a band called ‘Low Island’. I’ve been listening to them a lot recently. Also, Jeff Rosenstock. I’ve been a fan for ages and I find myself coming back around to his albums again and again.

I’d love to open for Broken Social Scene. I just think they seem like the coolest bunch of people in the world. There’s something about Canadian bands. I’d like to open for pretty much any Canadian. Even if they don’t play music.

The people and the places. Being in bands my whole life has meant that I’ve been able to hang out with my mates every week. From playing with other bands and recording in various studios, we’ve met life-long friends. As a direct result of being in a band, we’ve been all over the place. We’ve visited most cities in the UK and gigged abroad. We’ve played festivals; uni accommodation hallways; prestigious venues; front rooms; gardens; on big stages and small stages alike. Everywhere we end up is made 10 times better by the fact we’re all there together.

Being in a band naturally comes with heartbreak. When there’s extreme highs there has to be extreme lows to balance you out. We’ve had as many moments of elation as we have had of frustration. It’s just part of the deal. Looking back at it all though, the highs beat the living shit out of the lows.

‘Pay attention to the silences’. My classical guitar teacher said this when I was about 14. He was basically saying that the pauses and moments before / after a piece of music are just as impactful as the twiddly impressive noodling on the strings. As a band, we think about the transitions between songs in our sets. It’s important to us because, if there's one thing that can completely suck the energy out of a room, it’s a band fiddling around with pedals and tuning after every song. We try to keep the party going so that when we do stop, it means something. Pay attention to the silences.

Stealing Signs' new album 'Somewhere Between' is available to stream now. Check it out in the player below.

2 hours 55 min ago After delighting us with a flurry of warm and enticing releases these last few months, James Vick

3 hours 12 min ago After establishing himself with a flurry of releases throughout last year, fast-rising artist Tot