Getting To Know... Tin Man Falls

Getting To Know... Tin Man Falls

Their new single 'Black To Grey' is out now 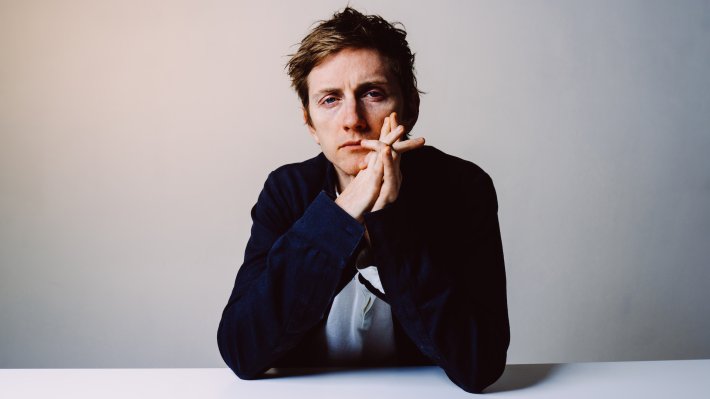 Following on from the release of their stunning debut single 'Beats On The Bottom' near the end of last year, Vienna-based outfit Tin Man Falls are back once again to unveil their spectacular new effort 'Black To Grey'.

Bringing back more of that broad and dynamic sound they are earning a reputation for, 'Black To Grey' makes for a wonderfully vivid listen. Filled with raw and pulsing energy, a compelling atmosphere, and some beautifully layered vocals throughout, they are certainly standing out as one of the more inventive names on the new music scene.

So with the new single available to stream now, we sat down with them to find out more about their background and what has been inspiring them most over the years.

The guitar. My dad always played it, and I picked it up around 12.

The first things I remember listening to were the Beatles, Paul Simon and Dylan with a lot of other stuff from the 60s and 70s. Outside my parents’ collection, I got into a few different branches of 90s music - the trip-hop artists like Tricky/Portishead/Massive Attack, Radiohead, Moby, and then hip-hop like Tribe Called Quest, the Pharcyde, and Outkast.

Melancholy and the Infinite Sadness by Smashing Pumpkins.

I don’t have any habits and rituals that specifically relate to writing new music, but I meditate and do yoga several times a week. These are my ‘practices of presence’, and they definitely empower me across the board, not just creatively.

In terms of my song-writing process, the inspiration phase is pretty unstructured: an idea comes, and I try to capture it, which is usually me singing into my phone. When it’s time to really write a song, I start with one section and work on 3 things: the groove, the vibe and the melody. Once I have a satisfying ‘A part’, I look to develop the melody and harmonies into a ‘B part’, which is usually the verse but sometimes the chorus. At this point the process becomes about how the pieces fit together and how that movement relates to the what the song’s about. I usually have to put the song down and come back to it in a few weeks or months to figure this out.

Pop-wise, Harry Styles…somehow I never paid any attention to him until 2 weeks ago. Indie-wise, Elis Noa…they’re a band from my local scene here in Vienna, and I’ve been extremely impressed by the latest release, I Was Just About To Leave. Awesome-wise, Labrinth…what a geinus! I’m super into his body of work at the moment.

Doing creative work with other people. When I started exploring music, it was mainly alone, but now I derive so much energy and joy from being part of a team, learning from others and making something together that far exceeds what I can do alone.

I work with talented people who have busy lives and a lot going on professionally. When there are no deadlines, it can be hard to keep them focused and engaged, which can lead to a sense of ‘I want to do all this shit, but my collaborators don’t have time!’ For me, these times are the most frustrating part.

WORK, WORK, WORK! There is just so much to do: work on your voice, your instrument, your song-writing, your producing / sound-design, your branding, your social media competence, your network, your management skills, your business plan…the list goes on and doesn’t even include the most important thing: working on YOURSELF! And then of course you just have to get lucky.

Tin Man Falls' new single 'Black To Grey' is available to stream now. Check it out in the player below.