Getting To Know... Venus As A Boy

Getting To Know... Venus As A Boy

His new single 'Reaching For The Sky' is out now 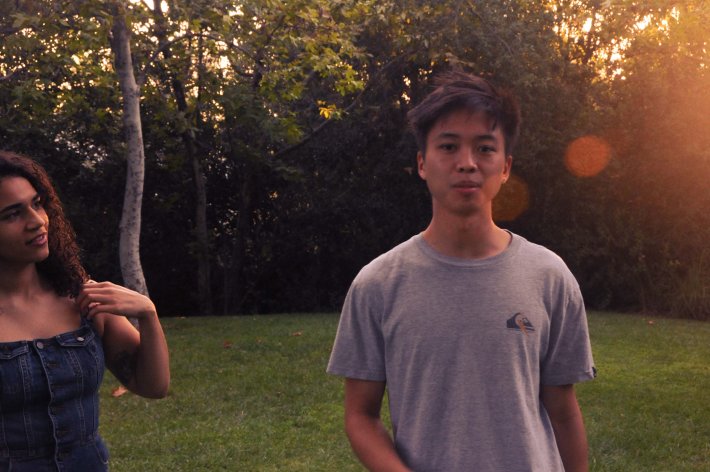 After spending the last few months releasing a batch of smooth and enticing offerings, LA-based artist and producer Theo Lee aka Venus As A Boy returns with his captivating new single 'Reaching For The Sky'.

Channelling a broad and shimmering array of laid-back aesthetics, 'Reaching For The Sky' makes for a wonderfully warm and hypnotising new release. With its sweet and soaring textures, vibrant beats, and calming atmosphere throughout, this one will melt over you from start to finish.

The first instrument I fell in love with is definitely the piano. I was super lucky to grow up in a household with parents that both played. It was very comforting to hear them playing all the time and eventually getting to play the piano myself. I used to sit in their lap and bang on random keys all the time, I’m sure that was super fun for anyone listening. The guitar is definitely a close second, just because so much of the music I fell in love with early on was almost all centred around a guitar.

Growing up I listened to a lot of Alternative rock. I remember when I got my first iPod, my dad would let me buy one song a week, so I’d spend the whole week looking for the one song that was worth buying and one of the first ones was the song Low by Coldplay. I still listen to that song to this day. It’s so good. Around middle school, I ended up getting really into bands like Deer Hunter, the Shins, Passion pit, STRFKR, MGMT, Sufjan Stevens, Arcade Fire, Toro y Moi, Vampire Weekend, James Blake, Bon Iver, and so many others. Then, around the time I was entering high school, one of my best friends introduced me to Jazz and by 10th or 11th grade it was like ninety percent of what I listened to. I listened to a lot of Walter Smith III, Ambrose Akinmusire, ERIMAJ, The Bad Plus, Brad Mehldau, Aaron Parks, and later Keith Jarrett who’s become my biggest inspiration on the piano. I could talk about him for days. His discography is pretty massive but the albums that converted me were the two duo albums with Charlie Haden and him. My favorite of the two is Jasmine.

The first physical albums I owned were three random albums I picked up on vacation in Hawaii. The first was Alone in IZ world by Israel Kamakawiwo’ole, another is the Jack Johnson album In Between Dreams, and the last one I got was the self-titled Vampire Weekend album. I kind of bought them on a whim without having heard any of them beforehand. I remember we were at the airport waiting for our flight back home and there was a music store right next to our terminal. I’ve heard all three of them front to back countless times.

There are so many, but at the same time, I’m glad other people wrote them so I could enjoy them. I’d say anything from Coldplay’s first three albums. Been really digging that song High by Slow Pulp, and then definitely some of the songs by Alto Palo, everything they make is amazing, but I almost feel like they wrote some of the songs off their first project just for me. I’m probably missing so many, it’s a tough question.

I currently do not, and if you know of any good ones, definitely let me know. I will say, something that really helped me during quarantine was spending the first hour of every day creating something from scratch and making it as weird and loose as possible, almost with the idea of making something bad. I try to take that kind of attitude towards making music because I feel that’s where the coolest shit happens. When you’re just seeing what happens without trying too hard. Although, I’m pretty sure those first hours have yielded no releasable music hahah.

I’d love to open for any of the artists I mentioned above. I’d also love to open for Flume or Tennyson, back when I was making purely electronic music, those guys were all I listened to. Wouldn’t be making this music without them.

The most rewarding part of being a musician is definitely making a song that just gives you life, like somehow you captured lightning in a bottle. It feels like making a song that you’ve been wanting to hear for so long but couldn’t find, and at the same time not knowing you needed it. It’s a very hard feeling to describe but I’m sure any musician or creative person knows what I’m talking about. A very powerful feeling, when for a moment you feel like you made your own world more colorful.

There are definitely many frustrating parts, such as going long periods of time making music but not liking any of it, as well as, having a song that you made and really love, but don’t know how to finish. All these things are part of the process, but nonetheless very frustrating.

Just have fun with it, I’ve received this advice from many different people over the years but each time it’s rung true, and I’m always happy for the reminder. If you’re not having fun then what’s the point.

Venus As A Boy's new single 'Reaching For The Sky' is available to stream now. Check it out in the player below.

2 days 58 min ago After impressing so many with her brilliant singles ‘Frank’ and ’Stripes’ last year, fast-rising