His new single 'Fierce' is out now 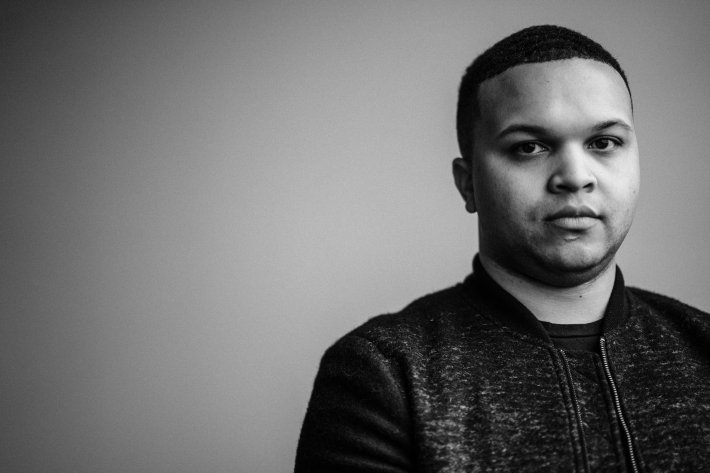 After releasing his impressive anthem 'Risk & Fear' in recent months, fast-rising WRYT has now returned to deliver the second piece of new material of 2022, 'Fierce'.

Channelling more of that bold and soaring alt-rock energy he is cultivating for himself, 'Fierce' finds him in a fresh and adventurous guise. With his own rich and emotionally-charged voice layered amongst shimmering guitar hooks and blistering drums, he makes light work of this impactful new offering.

I started on piano at a fairly young age thanks to my Grandmother. She had this amazing white upright piano that my parents now have. It’s still to this day my favorite sounding instrument. I didn’t stick with piano long unfortunately because I heard Metallica’s ‘Black’ album and that started a love affair with the guitar. It’s my primary instrument, along with my voice, to this day.

A very broad range haha. My father is a former crooner at the Cotton Club and mother a musicphile, so I grew up listening to Stevie Wonder, Michael Jackson, James Brown, Earth, Wind, and Fire, Clapton/Cream, Fleetwood Mac, and many more. My own tastes were fairly rooted in rock with artists like Lenny Kravitz, Prince, Incubus and later, Thrice, Circa Survive, Alexisonfire, and so many more.

I say this with pride because I can likely still rap every word to it, but it was a cassette of ‘Big Willie Style’ by Will Smith. No shame!

Oh man, likely anything Dustin Kensrue from Thrice has written or Dallas Green of City and Colour. I find both of them to be some of the most talented lyricists. If I had to pick one from each - ‘Words In The Water’ by Thrice and ‘Friends’ by City and Colour.

It ranges, honestly. I’m very sensitive to what happens in the news/world and regularly use music as a means to process my thoughts. I’ve done a number of writing exercises but have found that I go through creative seasons where I’m hyper-focused on developing songs and then I take time away, come back, and critique what’s on the page.

Alexisonfire is finally back with new music and I couldn’t be more excited. Outside of that, I love Silk Sonic and very much looking forward to hearing Harry Styles’ new record.

Probably any early 2000’s band like Thrice, Circa Survive, Thursday, and Alexisonfire.

The collective, shared experience that happens during a sing-a-long. In that moment, nothing else matters. The diversity and inclusion that happens in a crowd all singing together is a feeling that gives me chills and if I was every addicted to something, I’d have to say it’s likely that.

For me, it’s finding like minded musicians to collaborate with and develop a project with. WRYT is absolutely my brainchild and I write, record, and perform nearly every instrument. I long for the days of being locked in a sweaty room with people, collaborating, ears ringing, and feeling on top of the world.

Lyrics matter. Crafting an intentional song that takes the listener on a journey, and provides them with a focused lens to see what you see is huge. Being able to relate to as many people as ready. It is the best I’ve been given and is often what has me re-thinking lyrics repeatedly. All-in-all, I find it to be incredibly effective.

WRYT's new single 'Fierce' is available to stream now. Check it out in the player below.