Getting To Know... Zach Bailey

Getting To Know... Zach Bailey

His new single 'Corner Of The Universe' is out now 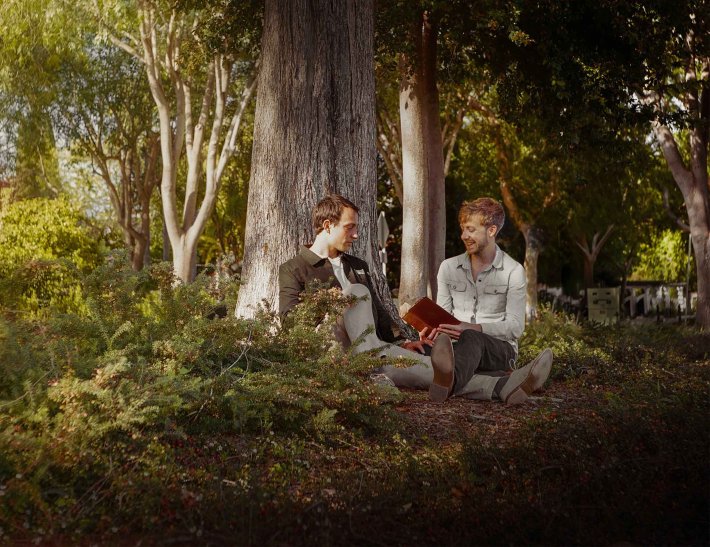 After spending the last few years releasing flurry of broad and heartfelt acoustic-led offerings, LA-based singer and songwriter Zach Bailey is back once again with his latest gem 'Corner Of The Universe'.

Taking cues from the likes of The Paper Kites and Joshua Radin, 'Corner Of The Universe' makes for a wonderfully warm and uplifting return. Using little more than an acoustic guitar and his own soaring voice, this bright and soaring release showcases a true talent on the rise right now.

Although the first instrument I learned was the violin in elementary school, all I wanted to do was play acoustic guitar. After a year, my parents finally gave in and I got a 7/8 size one I could fit my hands on to the frets. I gave up my Friday nights for years as an adolescent so I could take guitar lessons!

The first album I ever bought was Britney Spears' ‘Baby One More Time’ when I graduated kindergarten.

‘Are You Gonna Be My Girl?’ By JET - the energy is just so insane I love it.

The process changes every time, but one thing I do most times is to write out the melody on sheet music. A good top line is a priority for me when I listen to music.

I would love to open for Bon Iver - his music is so good - every album too.

When folks really get into my music and they resonate with the message of the song. It’s the best feeling to be able to share that feeling with folks I hope to meet one day.

Some people will vibe with you and others won’t. Keep doing you and attract your people!

Zach Bailey's new single 'Corner Of The Universe' is available to stream now. Listen to it in the player below.

Zach Bailey · Corner Of The Universe

15 hours 37 min ago Following up the release of her brilliant 2019 LP 'III', BANKS has now returned to share a brand

16 hours 27 min ago After cracking out a string of impressive offerings over the last few months, emerging US outfit