The influence and inspiration of Kim Deal

The influence and inspiration of Kim Deal 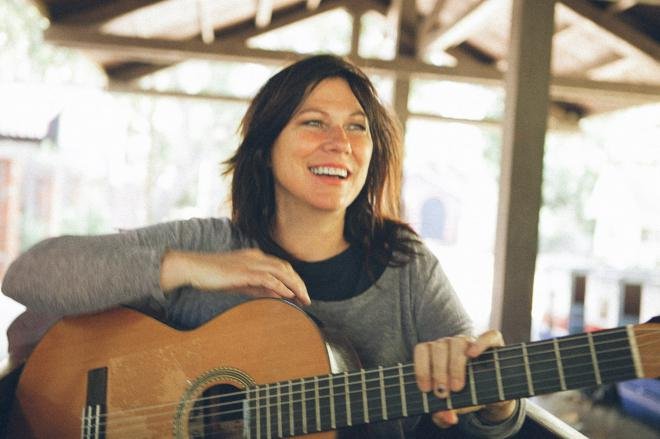 When it comes to discussions about the impact female musicians have had on modern music, many seem to overlook the work of former Pixies member and Breeders frontwoman Kim Deal. The bassist and songwriter was and still remains one of the most important names in today's international music scene. Her songs and work would not only go on to shape the sound of US rock music throughout the 90s, but also convey a powerful message to young female musicians that they too could manage to break through in an industry and genre still dominated by men. Here are just some of the examples in which Deal became the legend she is today.

While feminism, for some reason, still remains a difficult topic for people to embrace, female musicians have long adopted a proactive stance for the cause. But none seem to have taken the seemingly ironic position that Kim Deal did. Throughout her initial years in Pixies, Deal opted for the stage name Mrs. John Murphy, after her then-husband and Air Force contractor John Murphy. She had heard from a female friend that by taking her husband's name, she would be considered more respected by those around her. Finding this utterly absurd and hilarious, she adopted the moniker in order to poke fun at how ridiculous the concept was. And although the pair divorced in 1988, she never chose to take his name officially.

Fans of the band will know that the infighting between Kim Deal and the band's chief songwriter Black Francis was more than apparent. While Francis wrote the vast bulk of Pixies' catalogue, Deal was always edging to provide more to the band's repertoire. While she did end up singing lead vocals on one of their most memorable songs 'Gigantic', tensions between the two had nearly broken down completely by the end of their third album 'Bossanova'. However, rather than let the stress of her working environment get the better of her, Deal opted to create a new band where she could be both songwriter and lead singer, and thus The Breeders were born.

The influence of The Breeders

After releasing three albums in two years, Pixies were due a break which left Kim an opportunity to explore her own direction by setting up The Breeders. Joining her twin sister Kelley and hiring Steve Albini, who also produced Pixies' debut album 'Surfer Rosa', she recorded the band's debut full-length 'Pod'. The record would go on to be a moderate success, but more importantly ended up being one of the main inspirations for Nirvana's 'Nevermind' album. So much so that Kurt Cobain also hired Albini to produce what would become the band's last album 'In Utero' in 1993. But although The Breeders allowed Deal to lift some weight from her shoulders, rejoining Pixies wasn't so easy.

When it came time to record Pixies' fourth album 'Trompe Le Monde', Deal was preliminary fired from the band. It seemed that her intentions to want more weight within the group had gotten to Black Francis and she was almost let go for good. However the band did change their mind, but left Deal almost completely side-lined for the whole record. Writing none of the material herself and only appearing occasionally as a backing vocalist, it seemed that Deal's time within the band was through. Pixies went on hiatus shortly after the album's release, and Deal went back to The Breeders.

With Pixies seemingly never coming back, Deal made The Breeders her primary musical outlet. And chiefly went to work on the band's second album 'Last Splash'. The record and its lead single 'Cannonball' became an instant hit. Selling well over a million copies, it outsold everything Pixies had released up until that point and gave huge prominence to the idea of a band being mostly female in a grunge scene almost exclusively co-opted by men. The lasting inspiration this album had was immense, most notably when The Prodigy sampled the song 'S.O.S.' for their 1997 hit 'Firestarter', and was famously mentioned by Kurt Cobain, saying that he "wished Kim Deal would write more Pixies songs."

After spending an extended period of time battling drug addiction, Kim Deal did eventually return to The Breeders to release two new albums 'Title TK' in 2002 and 'Mountain Battles' in 2008. Neither of which regained the praise from her initial releases. She also rejoined Pixies in 2005 for a number of reunion shows and even recorded their comeback record 'Indie Cindy' in 2013, but left the band again before it was released. Now Deal remains a solo artist, occasionally releasing new tracks but without a debut album yet to be seen. But most importantly she has managed to show just how important her work has been. Despite numerous upsets in her life, Kim Deal has remained one of the most influential and remarkable women in modern music. Her legacy is timeless and inspiration a glowing example of independence and reward. May she never leave us.

3 hours 19 min ago After blowing us away wit her incredible debut EP 'Slugeye' earlier this year, Gretel Hänlyn is b