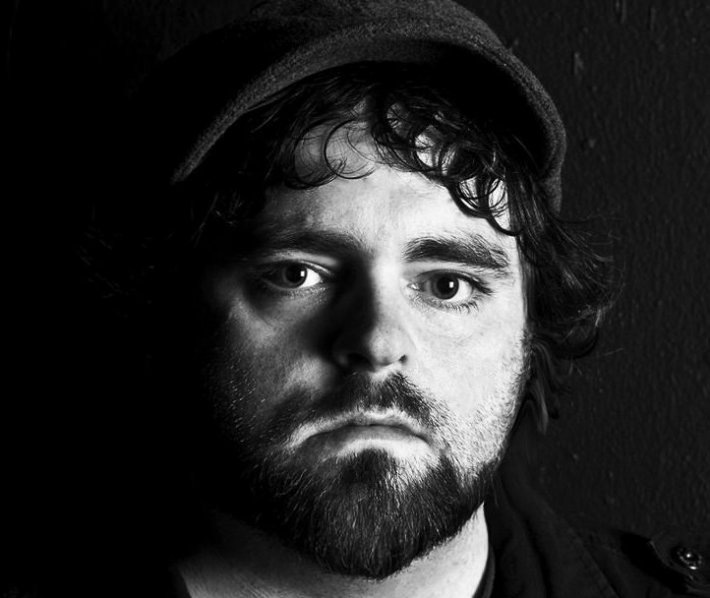 As one of the country's most prolific and hardworking songwriters, Chris T-T is due to head out on two massive tours before the end of the year, supporting his latest single 'Love Me, I'm A Liberal'. The frontman released his tenth studio album '9 Green Songs' earlier this year, so we sat down with Chris to discuss what he is planning to do with the rest of his year.

Hi Chris, how are you?

We are talking because you are about to head out on two mammoth tours. Firstly for yourself, promoting your latest single ‘Love Me, I’m A Liberal’. Can you tell what that song is about?

In the 1960s Phil Ochs (brilliant American communist protest singer) wrote a song called ‘Love Me I’m A Liberal’. It’s a bit of a classic and although mine is a new song melodically and lyrically, I’m basically updating his idea.

So my song takes a pop at comfortable centre-left complacency. I’m attacking the liberal bubble that many of us live inside now, particularly now we’ve silo’d our ‘global village’ social relationships via Twitter and Facebook etc.

I’ve been guilty of it myself – but I’m sick to death of status update activism because it’s not activism at all; it’s worthless – a gestural thing to add to an ongoing presentation of one’s self image to one’s peers. It’s got literally nothing to do with improving the world or affecting social change.

The track is taken from your latest album ‘9 Green Songs’ from earlier this year. Can you tell us what makes them “green”?

Ha, let’s dive into the bleak shit: I guess the songs are mostly built out of ecological despair. I’m grieving the state of the planet and holding out zero hope that human civilisation under our current arrangement (profit-motivated corporate control, plus some decaying elements of the nation-state) can fix it. Even the notion of ‘fixing it’ is ridiculous right now – and in conversation most people would probably accept that, yet at the same time we all cling desperately to structures that presume a long maintained status quo. I can’t think of anything more soul-deep bullshitty than that.

A few years ago I joined this bleak dark green cultural movement called Dark Mountain, built on a manifesto written by Paul Kingsnorth and Dougald Hine. It’s the only time I’ve felt kin to a movement – it chimed because disagreement on minutiae and tribalism didn’t seem to matter – and they (we) aren’t attempting political activism; just proposing a new way to be creative and make our art. Ever since I first got involved and they became friends I’ve felt my writing push more in that kind of a darkly environmental direction.

As well as this tour, you are joining old friend Jim Bob on his ‘Jim Bob Sings Again’ tour. Can you tell us how you met Jim Bob and why you wanted to head out with him?

Oh man, I can’t wait for that tour. I was a big fan of Jim’s songwriting when I was a kid. Along with the riot grrl movement, it was Carter USM first turned me on to the concept of ‘alternative’ music, so I discovered NME, Melody Maker and John Peel through them and also bands like Bikini Kill, rather than the other way around.

Something like 12 or 13 years ago, Jim asked me to tour with Jim’s Super Stereoworld and we’ve just stayed friends ever since. He’s mainly an author nowadays so I didn’t think he’d tour again. I’m totally stoked he’s playing shows and even more chuffed to be involved. I’m playing piano for a bit of his set as well as doing my own support set – and we taped a new collection of some of his fan favourite songs where I’m accompanying him on piano.

These two runs put you on the road for almost three months straight. What would you say are the best and worst parts of long tours?

The best bit is easy: a life enriched by travel and meeting people and controlling my own destiny. No boss and constantly changing scenery.

The worst bit is my ego-based status anxiety. My fanbase is small; it’s increasingly annoying to be approaching middle age and be quite so relentlessly unimportant.

I wonder if it’s the same as people in mainstream employment who do a great job but there’s something not quite attractive enough about them, or even something a bit ‘off’ about them, so they don’t get promoted or invited into the room where it happens. If I was shite I wouldn’t mind. But then, probably, if I was shite I wouldn’t know I was shite, since when my musician friends talk about this stuff, the shite ones say exactly the same stuff as the good ones. And of course us good ones never, ever have the balls to say “Yeah but mate, deep down you know you’re crap, right?”

And what are you most looking forward to once it is over?

I bet every touring artist will tell you the same thing though: we get home after a long slog, we’ll be chuffed to be there, relax for a couple of days, then be totally bored and itching to get back out on the road. Whatever, I’m a nomad at heart I think.

It’s already been a few months since your last album. Are you already working on new material or are these tours taking up all your focus at the moment?

Just before '9 Green Songs' came out, I started an arts residency at a National Trust property in Nottinghamshire – The Workhouse at Southwell, which is Britain’s best preserved 19th century workhouse and was the blueprint for the workhouse set-up nationally after the New Poor Law in 1834. I was there on and off over summer, working with the community. I’ve composed an album’s worth of ballads, mostly in a fairly conventional folk style, telling true stories of people’s lives at the workhouse. Now I can’t sing them on this tour because I haven’t learnt the words yet – but there will be a free release of them as soon as they’re recorded. I’m proud of those.

After that, I’ve no idea. 2017 is the blankest slate I’ve had for many years.

And finally, given the song is called ‘Love Me, I’m A Liberal’. Is there anything else we should love about you?

I’m pretty loveable when I’m not shouting about politics and the end of the world.

I make very good scrambled eggs, a great coffee, excellent mashed potato and the second best dry martini you’ve ever had. And any topic you want, I’ll know just about enough to chat for a bit. So that’s your day covered, sustenance-wise.

Chris T-T's new album '9 Green Songs' is available now and you can check out his single 'Love Me I'm A Liberal' in the player below.

5 hours 5 min ago With their highly-anticipated new album set to land later this week, Modest Mouse have now droppe

Getting To Know... Cherry Seraph