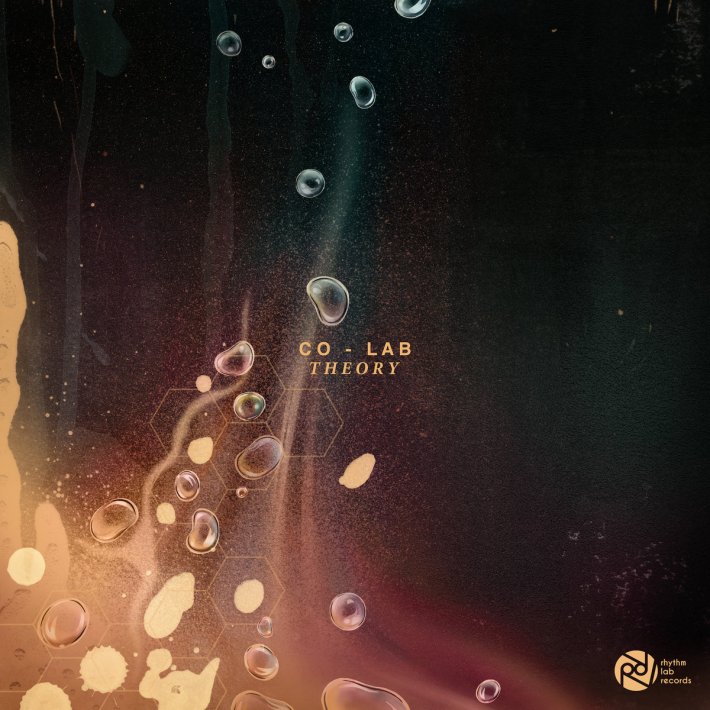 Described as a collaborative music and design project developed to mentor a new generation of Northern UK creatives, their seven-track compilation release has seen numerous artists come together to create a string of unique and blistering collaborations, which have included contributions from the likes of Superlative, Mr Scruff, Indigo and many more.

We spoke to Tom Leah aka Werkha from the project, who was responsible for pairing the artists together, about the new venture and what he hopes to achieve with it.

Hi Tom, how are you today?

Can you tell us what gave you the idea to start a project like Co-Lab Theory?

Co-Lab Theory was a development of a previous Reform Radio project called Rhythm Lab that brought together artists in Manchester and asked them to collaborate over a short window of time.

This time around Sam (one of Reform Radio directors) wanted to adapt the project to incorporate local emerging artists from a separate programme that I’d worked on for Reform Radio called Soundcamp… which focused on aiding their development and next steps into the music industry. From there, Sam wanted to focus on pairing these exciting young local artists with other local but slightly more established artists. At this point he invited me into the process. So I sifted through some friends, local musicians and producers that I know, and asked them if it sounded like something they’d be interested in.

And how easy or hard was it to find artists that you think would pair well together?

Well, sometimes easy and sometimes hard. Quite fairly, a lot of industry level artists see an important distinction between their own artist self and community focused initiatives. While that’s not my personal belief, I respect that, as they are two different realms that don’t often blur in the most successful way. That said, pairing artists was fun. There was a lot of consideration musically as to who may work together well and I think for the most part that worked out fantastically. The thing you can’t predict too much is how well two people will get on interpersonally, especially when the task being set is to be completed in just 16 hours of collaboration time. That's the human element of the process of collaborating. I think everybody involved now agrees on the importance of incorporating time into the process simply for getting to know one another.

Which of the collaborations do you feel had the best chemistry between the artists?

When pairing the artists, the first thing we did was get in the studio and just chat to each other... figure out shared interests musically and aesthetically (as we had our visual artists who were to present a visual response to the music as well). All of these chats were great as it’s people meeting each other for the first time and that’s a buzz as that is, in essence, the learning and expanding of your own local culture and community. So they were all great.

I was instantly excited about PERiiSU and Swing Ting working together. I could feel the excitement in the air. To no surprise, they came out with a great tune and a fantastic video by Yohan, which fitted the music so nicely.

Another instance of that was between Indigo, Lovescene and Jason Edmunds. When a room fills with that many smiles and laughs before anyone has even contemplated a musical note, you know they’re going to have fun.. which makes it likely they’re going to produce something great.

Do you feel like this is a project you’d like to repeat again in the near future?

Personally, yes… because it hasn’t been perfect and we have learned so much from this process and it would be fantastic to bring those experiences into practise again with a follow up project. However, I can also see the importance of perhaps developing the concept into something that continues to put other local emerging artists onto this ladder of opportunity, continuing the theme of drawing from and giving back to our local music culture, welcoming new artists and ideas into our community.

Aside from The Co-Lab Theory project, what are your plans for the rest of the year?

For Reform Radio, my next involvement is with their next Soundcamp project (Soundcamp 2), which is a follow up to the first project. We will hopefully resume working with those young artists and the amazing work they were creating until we had to postpone the programme due to the pandemic. It’ll be so exciting to see what they bring to the table and the different styles they’ll contribute to each other’s development.

And finally, if you could pair any two artists up on a track, who would they be?

Any two? Simmy Singh is a great friend as well as an amazing violinist and composer. She did a cover of Four Tet’s “LA Strings” using just her violin. I love that track and I saw Four Tet sharing it and presumably enjoying it too. I would love to hear what those two artists might create should they spend a few days in a studio together. I think it would be magical.

The new compilation from CoLab Theory is available to stream and download now. Check it out in full via the player below.