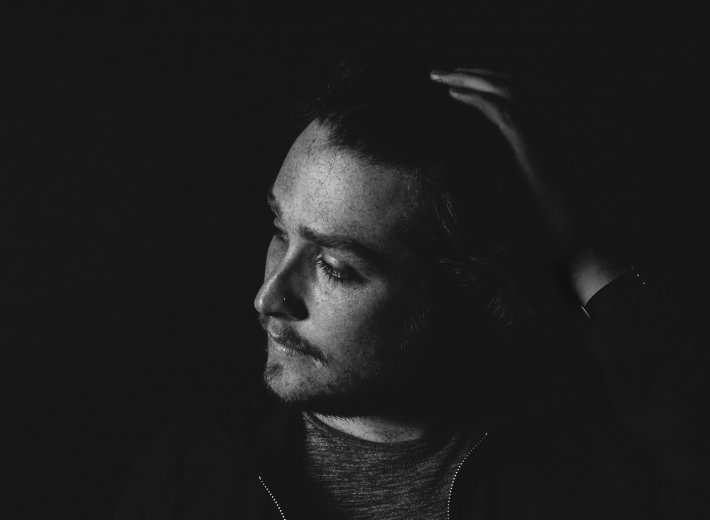 Following on from his ambitious double debut album 'Cut Love' earlier this year, Australian singer-songwriter Hayden Calnin recently finished up his first major UK and European tour earlier this month. So we caught up with him to discuss his experiences so far and what he made of his newfound British fanbase.

Hi Hayden, how are you today?

"I’m feeling pretty great. The sun is out and I’m alive, so no complaints at all."

You recently finished up a full UK tour. How did that go for you?

"I did both the UK and part of Europe for the first time, and it was such a special time for me. I did not expect it to be as much of an amazing experience as it was."

Any memorable experiences you had while playing? Any places you remember fondly?

"The whole tour was memorable and I think that says a lot about where it was placed in the world. I love that you can travel for an hour and be in a new country, a new culture and a totally different feel from where you’ve just come from when you’re in Europe. It’s such a great thing and you are very lucky to have that at your doorstep. I think the most memorable moments were when people would come up to me and say that they’d been following my music for years and that it’s helped them in some way. It’s such a rewarding thing for an artist to hear that, especially when you’re based on the other side of the world."

The tour was to support your debut album ‘Cut Love’, which turned out to be a double album. Was that always the plan or did you feel like you had more to offer than just the original release?

"I never expected to make a double LP, it just happened. I was going back and forth a lot from Sydney to Melbourne when I was recording it, so I wrote a lot of songs in the in-between times and ended up with a whole bunch more than expected. I wanted to put them all out to give myself a clean slate and start again from empty. Now that I’ve recorded and released everything I felt I wanted to record in the last couple of years it feels like my music can go to the next phase and I can do a lot of new things I’ve been wanting to do, which I just felt wasn’t an option at the time. I’m really excited to put all these new little ideas in my head into action."

And can you explain what the albums have in common or are they to be considered as two separate works?

"They should be considered as one narrative but as part of 2 different worlds. Part I is raw, fragile and dirty and was all recorded by myself in my home studio whereas Part II is lush, clean and much, much bigger and was co-produced with Tim Carr in Sydney at 301 Studios. It follows the headspace I was in when I wrote all the songs. I was down, but I got back up again. I was empty, but I grew full. I was tired, but I got back some strength. It’s all connected in one way or another, but you can take it as you want to."

It looks like you’ve almost finished playing shows for the year so far, so what are your plans for the rest of the year?

"Well now I’ve recorded everything that I had, it is time to write some new songs. Which is so exciting. It feels like forever since I’ve had the writing bug, but all this travel has inspired a lot of thought and excitement to get back into the studio and take the project to the next phase."

And when do you think we can expect you back in the UK?

"As soon as possible hopefully! And I’d like to bring the band with me this time."

Finally, as an Australian, what acts from your own country do you think more people from the UK should be getting into?

"There are so many, I could write you a very long list, but I won’t because I’ll never be done with it. Instead I’ll mention just one, my personal favourite, The Outdoor Type. I’m standing by this band as long as they play music. The brain behind the project belongs to Zack Buchanan, one of my favourite songwriters to come out of Australia over the last few years. Get around it."