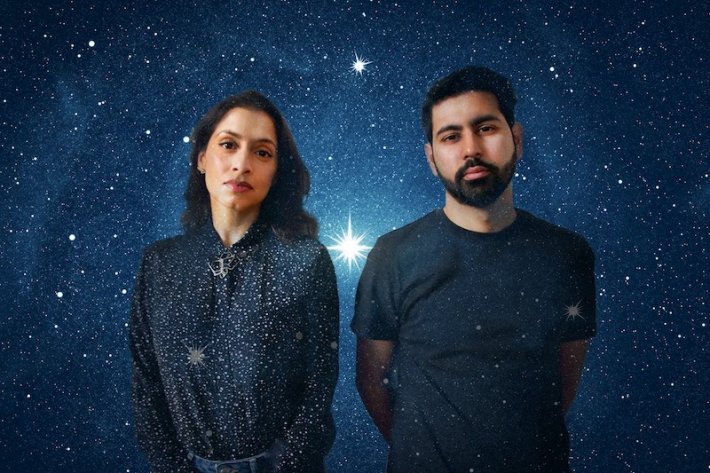 After making a strong impact with the release of their debut single 'Gravity' earlier this year, which went onto receive huge amounts of BBC radio play, London-based electronic duo Laya Laya have now returned to share their next uplifting stomper 'Gravity'.

Taking influence from the classic 90s techno sound and blending with a more pop-based aesthetic, 'Gravity' sets itself as an instant ear worm for those begging for the clubs to reopen. With its fresh and atmospheric direction, with singer Freya's soaring vocals, the pair have cooked up a wonderfully catchy return, which spells nothing but positive vibes for their future.

So with their new offering on loop for us right now, we sat down with them to find out more about their new release and what plans they have for the rest of the year.

Our sound is soulful spacey pop/dance with a good melody and a baseline. Our influences are Frank Ocean, Disclosure, Jessie Ware, Lion Babe. From pop to garage growing up in London we loved it all.

You have just released your new single ‘Gravity. Can you tell us how that track came about?

We have been looking at concepts of space - we have another track called Asteroid soon to be released. We started talking about seeing a child jumping high on a bouncy castle and how they were basically saying up yours to gravity. The lyrics of the track turn this upside down and say don’t let gravity keep you from taking jumps or risks in life. You need to jump into the unknown. That’s what we have done by releasing our music into the world. It’s such an unknown especially since there is so much music out there today.

We had the word gravity in our heads and we knew we wanted to make a track with a prominent bassline so we went from there. After that we added some of our trademark sounds to give it that Laya Laya vibe. It sounds cliche but we just tried to be in the moment. We had zero expectations so we just had fun with both the musical ideas and the lyrical ideas. Despite that we wrote something quite meaningful. So that was amazing.

Can we expect a new EP or even an album from you in the near future?

An EP, yes. We’ve got our next 3 singles ready to go so we’ll be looking at maybe some remixes or starting a concept EP later in the year.

We already have our next three singles schedule for release over the next few months. That’s our main focus right now. Of course we are getting back in the studio very soon to work on some bangers. It hasn’t stopped us writing and producing. In fact stopping and reflecting has been good. We are both introverts at heart so don’t mind the peace.

And finally, what are you hoping to achieve as an artist in the years to come?

We just want to make tunes that move people, either to feel some emotion or just to dance. We would like to write and produce for other artists as well.

Laya Laya's new single 'Gravity' is available to stream and download now. Have a listen to it in the player below.

2 days 15 hours ago After treating us to a flurry of vibrant efforts since her platinum selling debut LP 'Pearl', Ell