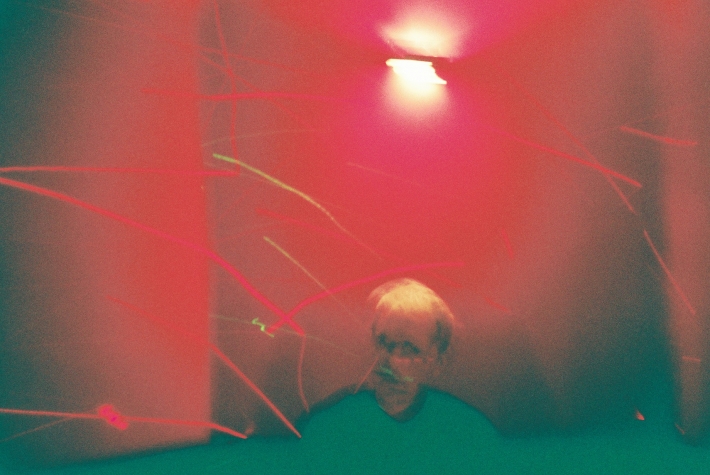 As one of the newest names added to the illustrious Kitsuné label, Danglo is the young, London-based producer who has been turning many heads over the last few months. So we decided to sit down with him and find out what makes him tick.

Hi Danglo, how are you today?

Very good thanks. For those who haven’t heard of you yet, can you quickly describe what kind of music you make?

I compose music on a laptop computer that is influenced by house, but doesn’t always stick to house tempo, the tracks sometimes get a bit garagey and sometimes they are full verse/chorus song structures with real life vocalists.

Who or what influenced you to start making music?

My mum and dad asked me at the age of 8 if I’d like to learn an instrument, I chose guitar because a family friend Peter Blegvad played the guitar, he seemed pretty cool so I thought it might give it a shot. I wasn’t always that into learning other people’s songs by rope and was always more interested in writing something new so started writing songs when I was about 11. I pissed about with “Music 2000” at the same time so that got me hooked on the electronic side of things.

You recently put out your debut EP through Kitsune. Can you tell us how you ended up working with them?

I worked on a remix for one of their artists called Davidian, and thought I should send them over some tracks to see what they thought. I soon saw the play counts on my private soundcloud tracks rise as they must have had them on repeat in the office.

So had you already written these songs before you signed or were they written specifically for your first EP?

These tracks were written before I signed, but I wanted to showcase 3 different sounds, a full vocal house track, a slower darker jam and a clubby chopped up vocal tune.

But considering how quickly things are moving for you, are you already beginning to think about the next step in your career? If so, what is it?

I’m always thinking about the next thing of course, you’re only as good as your next piece of work! I’ve got a pile up of music that I need to release, and the next EP should hopefully be out on shortly.

And what are you hoping to do in the next few years?

I’d love to get an album under my belt and get producing some tracks for other people too.

Finally, what is on your musical bucket list? Any dream collaborations or live shows you would like to do?

Well, without setting the bar too high I’d love to work with Radiohead, Bjork, TV on The Radio or London Grammar. I’d love to try my hand at some Hip Hop/RnB too some day. I’m a huge fan of Kendrik Lamar and Outkast. I suppose working with Beyonce or something couldn’t hurt.

2 hours 8 min ago Following on from their standout performance at End Of The Road festival earlier this year, Girl

1 day 20 hours ago Having already impressed so many with a flurry of bold and enticing anthems over the last year, D