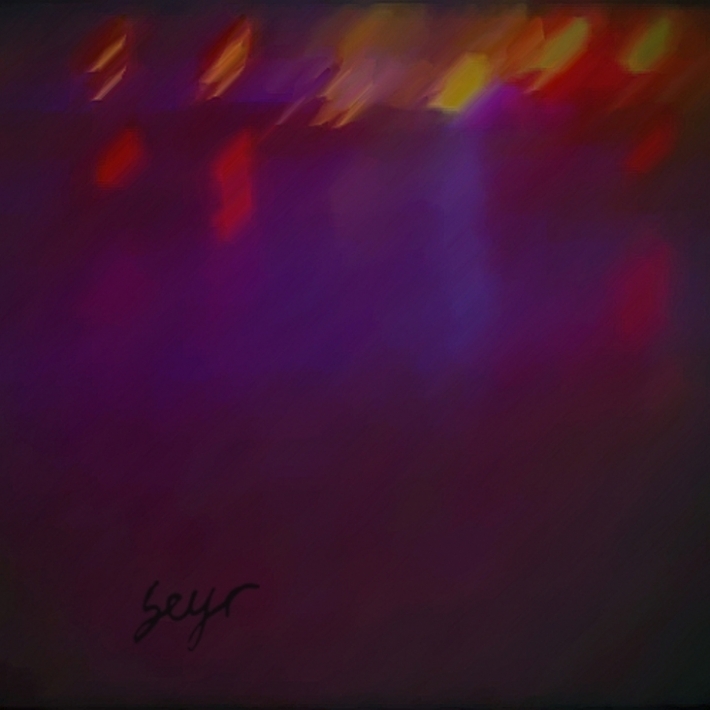 After hearing the debut single, 'Tainted', of illusive duo Seyr in the last few weeks, we felt like we wanted to know more about these two. So we decided to have a chat.

Hi Seyr, how are you today?

For those who haven’t heard of you yet, can you quickly tell us a bit about the music you make?

Well for us, it's just playing around with loops that we've created and guitar parts that we've constructed, then layering over the main vocal which works along side the samples of vocals that we think fit nicely. We're always finding ways to feed our curiosity, how far we can push things in terms of creating. I mean, that's a difficult question though, describing your own music is hard, we don't really know ourselves what it is until we hear what other people have to say about it. The music comes from a lot of different influences, it's difficult to pin down a specific sound.

And who would you say your influences were?

A lot of ambient music and sound scape music, like Tim Hecker, Brian Eno. Also post rock bands, early mo-town & blues which had a big influence on both of us growing up.

You’ve kept details about yourselves very private. Is there any deliberate reason for this?

Not really, there's just not much to say right now. We're not the types to go out of our way telling people about ourselves, that might be why we come across that way.

You are also about to release your debut EP. How long have you been working on this?

About 4 months all together i think ... We've been doing a lot of experimentation lately.

And what can we expect from it?

That's a hard question... I suppose it's because we don't really know ourselves what there is to expect, or of what should be expected. I think the live shows are going to be a big part, as we will try and continue the 'Nights Without...' theme throughout.

What about the future? What are you planning for now?

We try not to look ahead. But to get a better picture for the future, i guess what we're doing now is planning/rehearsing live shows which we've created visuals for, writing new stuff making sure we're being a little more risky with the sound each time and following our gut, we don't even know where it's going to go ourselves... Which makes it just as exciting for us as well really.

And finally, will you ever reveal who you really are in the near future?

I think inevitably when we do live shows, and get a little more comfortable, i guess people will naturally get to know who we are.

Seyr's latest EP 'Nights Without' will be available from the 6th October, and you can now stream their first single 'Tainted' below.

21 hours 25 min ago With their eagerly-awaited new album now just over a month away, Death Cab For Cutie have now dro