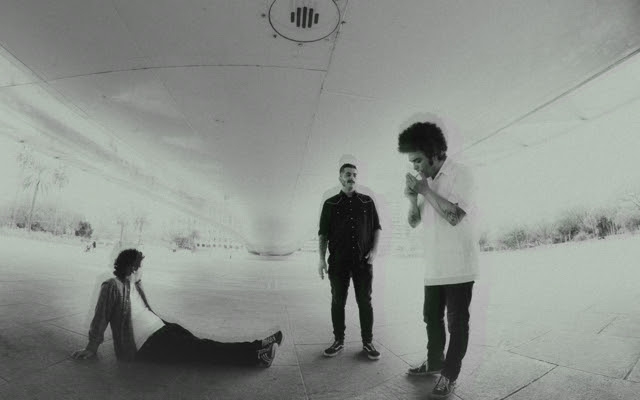 With the release of 'Doppelganger' Spanish trio Jupiter Lion, are still in search of all things celestial, danceable and psychedelic. The single is a lead-in to the band’s follow up to 2013’s highly cinematic and proggy debut ‘Silver Mouth’, out now on BCore.

'Doppelganger' is another long form voyage for the band, the gazing brilliance of vintage synths and high energy jazz fills is like a cruise in the galaxy of kraut-rock. It drones with the chirpy minimalism of Japan’s Nisennenmondai, yet experiments with quivering keys and fuzz that even recalls My Bloody Valentine. The songs climaxing solo of 8-bit walls of sound and perceptual distortion suggests the forthcoming sophomore will be traveling fearlessly into spacey unexplored territory.

The bands analog approach to electronic music sets them apart in their native Valencia, a place where DJ nightlife reigns supreme and alternative pop is in short supply. Long stints in the studio as well as a death in their family has put the bands live performances on hold, but not without increasing requests for their live shows. This May marks their third appearance at Primavera Sound in Barcelona, with tours as support for both Spectrum and Dead Skeletons already wrapped.

Alone as purveyors of a futurist style that avidly shirks the use of laptops for performance, Jupiter Lion are remarkably forward thinking for the human presence they embody with electronics. Living in the dystopian future of their own country’s paralyzed economy, the members see their cosmic journeys through song become their escape from a sci-fi world become real.

Watch the new video for 'Doppelgänger' in the player below.

13 hours 37 min ago With their eagerly-anticipated new album just a few months away, Vistas have now dropped yet anot