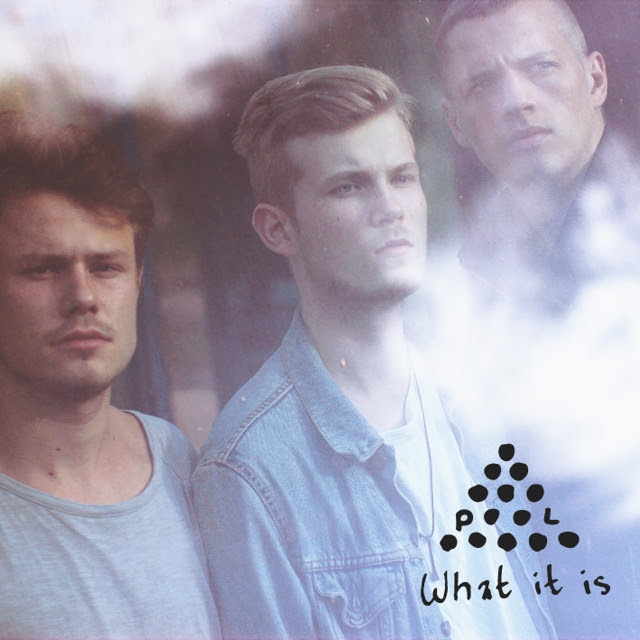 Hotly tipped alt-indie trio, Pool, have announced their new single 'What It Is', a follow up to the much lauded 'Lipstick' out earlier this year.

Lead singer David says: "We had a million versions of this song until we finally were happy with it. There were tons of parts we wrote and then threw away again. The auto tune on the vocal of the bridge gave the whole thing another more electric touch that we really liked. The mood became an interesting mixture of funky and epic. The lyrics are about the loss of love. That moment when you look in someone's face and it doesn't feel the same anymore."

Pool consists of three boys that have been making music together since they were fourteen years of age. Daniel Husten, David Stoltzenberg and Nils Hansen have been constantly evolving musically since the early days. With their basic layout of guitar, bass and drums, they manage to find a musical path between house patterns, psychedelic riff clouds and straightforward pop music. Still a major part of their sound is the get-together of the two vocalists David and Nils.

Though their voices differ a lot, their coexistence creates a mellow and peerless temper accomplishing the sound of guitar, bass and drums. Pool did two releases on 2DIY4/Diynamic Music, including remixes by Solomun, Aeroplane and Stimming. Over the last year, Pool also released exclusives on Colette's"Olympics" compilation and Diynamic Music's charity compilation"5 Years". They have been on tour with Digitalism, Gold Panda, Wild Nothing, Jamaica, Django Django and many more. Last summer they played festivals, such as Melt! Festival, Fusion Festival, Dockville Festival, Reeperbahn Festival and also attended SXSW.

Click here to download the Sebastian Kreis remix of 'What It Is' or listen to the stream of it below.

1 hour 40 min ago Following on from the release of his surprise EP 'Heart Of The Night' last month, producer Hudson