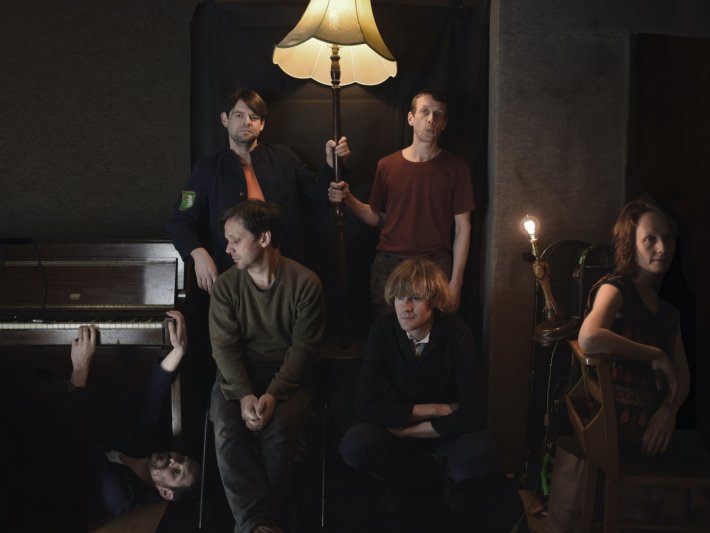 After spending the last two decades cementing themselves as British Sea Power, the newly renamed Sea Power have now announced their plans for a new studio album, arriving early next year.

The new full-length 'Everything Was Forever' follows on from the 2017 LP 'Let The Dancers Inherit The Party', is being previewed by the new lead single 'Two Fingers', and is set to be released on the 11th February 2022.

Speaking about the new offering, co-frontman Yan Scott Wilkinson said, "The song is part inspired by our late dad. He was always giving a two-fingered salute to people on the telly – a kind of old-fashioned drinking term, toasting people or events: ‘I’ll drink two fingers to that’, to some news item or to memories of a childhood friend. In the song it’s a toast to everyone, remembering those in our lives and those sadly no longer here and to making the world a better place. The song is 'Fuck me, fuck you, fuck everything.' But it’s also 'Love me, love you, love everything' – exultation in the darkness. If you say ‘fuck you’ in the right way, it really can be cathartic, a new start."

While adding about the name change as a "modest gesture of separation from the wave of crass nationalism that has traversed our world recently".

Have a listen to 'Two Fingers' in the player and see the album's full tracklisting below.

'Everything Was Forever' Tracklist:
Scaring At The Sky
Transmitter
Two Fingers
Fire Escape In The Sea
Doppelgänger
Fear Eats The Soul
Folly
Green Goddess
Lakeland Echo
We Only Want To Make You Happy

Following on from the enormous praise for her 2019 self-titled debut album, SASAMI is back to announce the details behind her next studio album,... 3 hours 59 min ago

Having returned with a flurry of fresh and exciting cuts throughout the year so far, Sad Boys Club have now announced their plans for a new EP,... 9 hours 41 min ago

3 hours 59 min ago Following on from the enormous praise for her 2019 self-titled debut album, SASAMI is back to ann