Their self-titled debut album is out on Friday 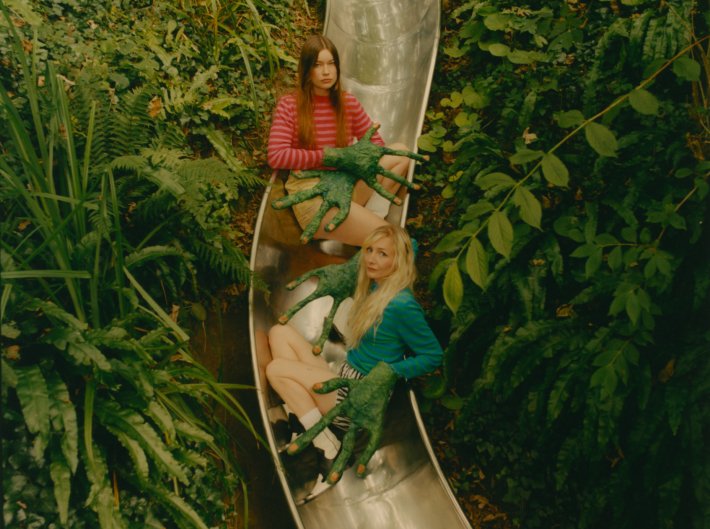 With their eagerly-awaited debut album landing on Friday, Wet Leg have now dropped the next cut to be lifted from their upcoming full-length.

The new single 'Ur Mum' comes accompanied by a brilliant new video, directed by Lava La Rue, and follows on from the previously shared tracks 'Chaise Longue', 'Wet Dream', 'Too Late Now', 'Oh No', and 'Angelica' in previewing their self-titled debut LP, which is out this Friday 8th April via Domino Recordings.

Speaking about the new offering, the band's Rhian Teasdale said, “I was pretty angry at way things had gone in this particular dynamic. It’s just a diss song I wrote to make myself feel better. It worked.”

While director La Rue added, “The Ur Mum video was all about bringing the viewer into the Wet Leg world - sprinkling details throughout the visual that not only reference at least 4 songs off the album but also plenty of inside jokes within the band too. Artistically it shows where the aesthetic of American indie films like Napoleon Dynamite fit perfectly in the scape of rural British settings - this concept first came to me when the band took me to IOW for the first time - I saw the connection and it all clicked into place.”

Check out the new video for 'Ur Mum' in the player below.