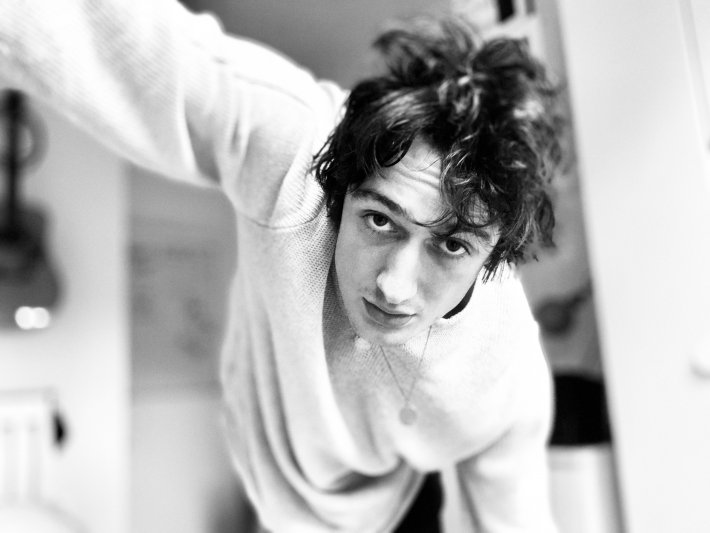 i know you journalists and bloggers have short attention spans, so i’ll keep it brief.

thing is... i don’t think you know how famous i am.

in 2013, i was the GET LUCKY kid. my cover of Daft Punk’s “get lucky” broke the internet. i played all the instruments, filmed it at my mum’s house and uploaded it that night. it got 10 million views and pharrell DM’d me to say well done.

it put the name george barnett on the map. it also put george ezra on the map. back then his name was george barnett too. people mixed up the georges, he changed his name to ezra and the rest is history. (for anyone who’s interested, ezra’s song “did you hear the rain?” is about me. apparently he’s still bitter).

insanity ensued. within a year i had my own private jet and a chain of burger restaurants. just kidding, but major labels were in contact. i was flown to berlin to meet with universal music. warners were calling me up every other day. all my other songs were blowing up.

and then, that summer, in the middle of a tour, i deleted it.

after that, i also deleted:

1. A SINGLE I WAS PROMOTING AT THE TIME.

3. AN ENTIRE ALBUM I HAD MADE THE PREVIOUS YEAR.

... and i changed my name to AKA George.

i’ve been told i’m very self destructive. in my defence i hated the idea of being a youtuber. i didn’t want to be in the same category as conor maynard - i wanted to be an artist. i realised pretty quickly the attention i was getting was based entirely on numbers; specifically the number of views on the “get lucky” cover: a sure way to get dropped about 18 months later, which I didn’t want.

so instead, I wrote a load of songs that BBC introducing liked. i did gigs, played at Glastonbury, got a publishing deal and in the process found out what I did want. that kind of stuff takes time. now I know.

at the risk of sounding like i reside up my own anus, i have an unwavering belief that music should be a PASSION. i love pop but i’m not interested in making cookie cutter music. whether i’m writing about sex, love, loneliness or revolution i want the songs to carry big emotions.

so that’s where i’m at. if you want to know anything else about me, give me a call:

here’s my latest song “bad for you”. when asked for a quote, i said this about it:

“Bad for you is about being in a toxic relationship... but being unable to resist it. I was craving it like a drug. I knew it was bad for me but i was never going to stop. I’m one of those people who goes all in. I don’t like half measures, if I’m doing something I’m doing it 100%. That can cause problems sometimes - you can get in too deep and things become messy, especially in a relationship - but I wouldn’t have it any other way.”

it’s a pretty good song. and even if you don’t like it it’s still only 1 minute 54 seconds.

i would promise not to delete it this time… but i can’t be trusted to keep promises.