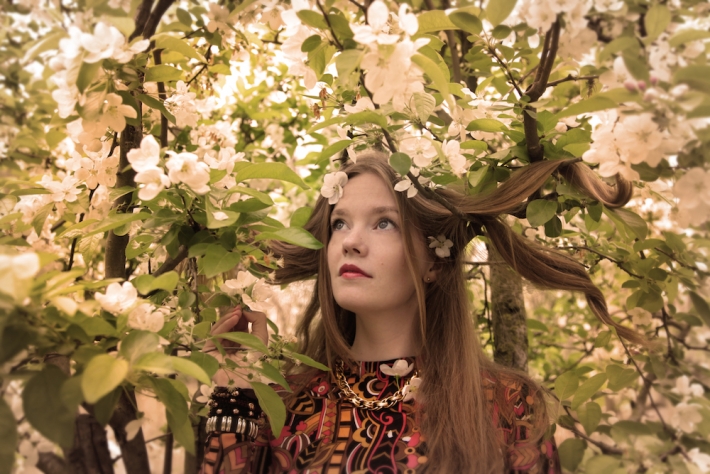 Allyson Ezell is relatively new to the music scene and has never been one for linear progressions. Originally born in the heart of the American Midwest, Iowa, Ezell spent most of her time zigzagging through cities, jobs, love and loss. Her road to music making hasn’t been a direct one.

Having spent several years in Paris perfecting her brand of aerodynamic pop, 2014 marks the creation of a new EP, elaborated together with American producer Brandon Darner (Imagine Dragons) and to be released early 2015.

The first single from her forthcoming EP is Landmine, which sees Ezell’s harmonic-filled style bear the influence of Jazz (she picked up a lot of her signature tricks from her father, a blues guitarist) and prog rock, two genres known to embrace sprawl.

Allyson Ezell is a musician and songwriter in total command of her powers. Think Annie Lennox and Shakespeares Sister meets St Vincent and Paloma Faith but in a 21st century blend of optimism, nostalgia and vintage beats.

Landmine is a spacious track allowing room for synthesizers and alluring vocals to contain more than regular accompaniment – where the voice is used as an instrument. Defining percussion, synths and drumbeat are both stark and open and create an eclectic backdrop to Ezell’s vocals.