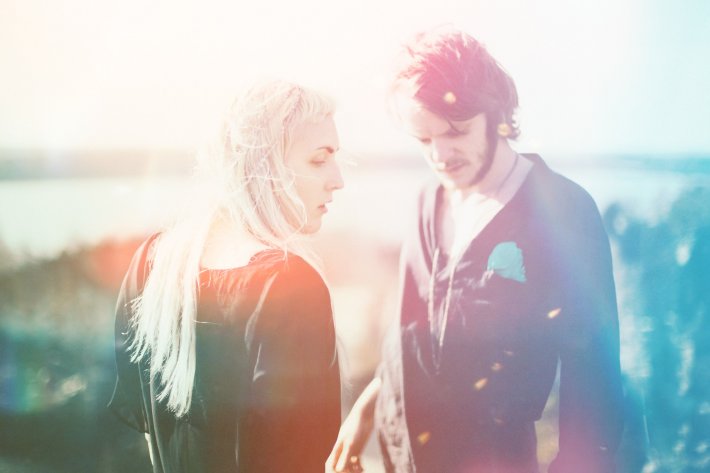 So the summer is finally here and so is the latest single by the Swedish electro-pop act Dream Lake. Consisting of Isabella Svärdstam and Niklas Willar Lidholm, the band has already released an EP and have quickly stocked up a good number of Spotify plays. That automatically created a demand for more of their music to be out and here is where we’re at exactly, whole new material.

The new single ‘Midnight Sun’ is taken from their forth-coming ‘Lux’ LP, and is produced remotely by the duo themselves. Niklas’ and Isabella’s hard labour, irrefutable talent and artistic independence seem to be paying off by having already gained the support of The Line Of Best Fit or Ja Ja Ja Music to name a few.

Airy, dreamy and filled with stunning vocal lines, the single ‘Midnight Sun’ holds a soft and steady beat whilst instantly luring the listener into its eerily stunning sound. Playing with the perennial romanticism softly implied by bands like Beach House, M83 or Death In The Afternoon, Dream Lake are about looking skyward and providing the sonic jetpacks vital to getting there.

The sentimental feel of this chilled summer soundtrack presents the widely respected Scandi winning formula of writing songs filled with skill, value and innovation. Its tempered instrumental atmosphere is given a steady rise and a contrasting sense of melancholia by the distant lead vocals, leaving the listener hopelessly enchanted throughout and wanting more.