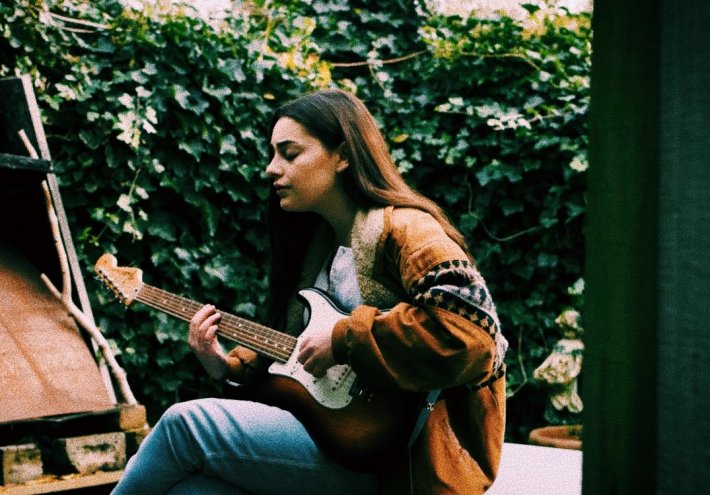 Hailing from West London, Eleni Drake is a talented singer and songwriter who's songs are decorated with a wonderful mixture of blues and jazz. Creating unique, vintage and gorgeous sounding ballads her brooding and moody songs are self produced and a clear view into her heart. Her writing exudes a sense of intimacy most song writers would only dream of being able to purvey, yet Eleni does this as second nature. Her songs are a late night trap of skilful nostalgia, solidarity and exquisite lyrics dancing between her jazz roots. Self admittedly Eleni is heavily influenced by Nina Simone, Billie Holiday and Ella Fitzgerald which echoes in her sombre tones and soothing melodies. Her dreaming songs retain an air of edginess which no doubt stem from her being an avid fan of both Tyler the Creator and the late Mac Miller.

2018 saw Eleni take control of her solo career, performing numerous open mics and being invited to support Goss on his first London show at Folklore. She landed a sync on Netflix Series "Black Lightning" with her song "Honey" which she self released in Jan 2018 on her debut "Blue EP". Writing with the likes of Liv Dawson (Orchid), Sophia Alexa (TAP), Zola (TAP), BHAV (Taya, Noah Cyrus), Delta Heavy, Jez Ashurst (Little Mix, Tom Walker), COMMANDS (Kiiara, Anne Marie), LostBoy, Freedo (Zara Larsson, Galantis,) Jess Morgan (Cashmere Cat), and John Foyle (Years & Years, FKA Twigs). November 2018 she released her cover of Dusty Springfield "Spooky" which gained over 10, 000 plays in a little over a week and harboured such an immediate reaction she was invited to record a Mahogany Session, set for release in early 2019.

Her second EP, we anticipate to be a mixture of her dreamy, signature sounds linked with lyrically harmonious and unguarded recklessness of her inner most thoughts.