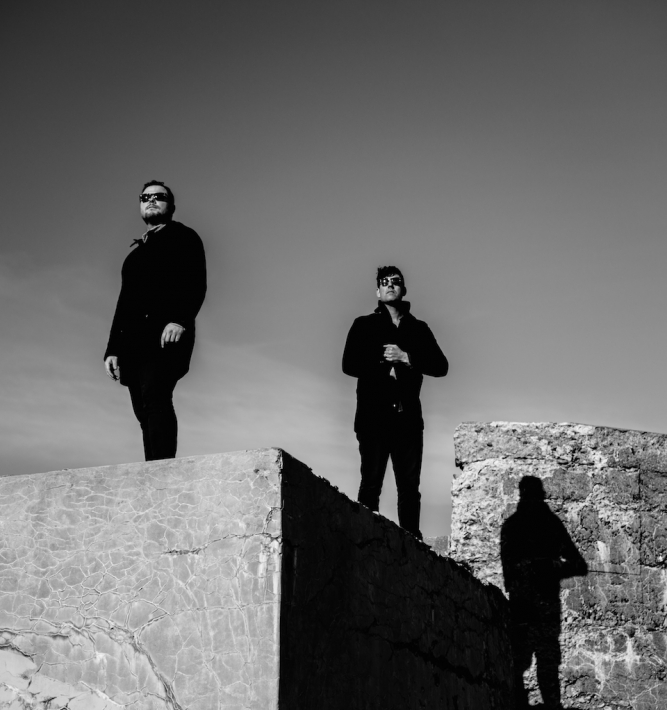 In-Flight Safety release their third record ‘Conversationalist’ through Conehead on 22 September 2014. The band are also confirmed for the Reeperbahn Festival and will be confirming UK dates too. Building on the success of their first two albums, ‘The Coast Is Clear’ and ‘We Are An Empire My Dear’, the new album reflects a new honesty between mainstays John Mullane [vocals and guitar] and Glen Nicholson [drums]. Despite burgeoning success and a strong reputation, they felt that the band needed to reconnect, reaffirm and… talk. ‘Conversationalist’ is the result of those lines of communication reopening. Veterans of SXSW, NXNE, The Great Escape and BBC Radio sessions, and with music having been used in film and TV [notably ‘Vampire Diaries’ and ‘The Office’ US] there’s plenty to talk about.

During this period of introspection, Mullane and Nicholson came together to construct ‘Conversationalist’ armed with a keener sense of confidence and maturity. The album was built, literally and figuratively, on the backs of thousands of conversations between Mullane and Nicholson. Inspired by contemporary bands like Wild Nothing, The Walkmen and DIIV, In-Flight Safety created an album that is true to their history, but their most adventurous and honest. “There’s a celebratory feeling in the new songs. If we have a playful side, it’s on this album,” says Mullane.

The ten tracks on ‘Conversationalist’ balance the light and the dark that is In-Flight Safety. You’ve got guitar hooks that will get stuck in your head and make you want to dance all night, but the imagery is more mysterious. It can be raw and haunting, but always uplifting with rich, thoughtful production that’s anything but indie. Mixed by Gus van Go (The Stills, Hollerado) in Brooklyn NY, ‘Conversationalist’ is crafted with meticulous attention to detail. There’s beauty in opposites and this record is both pragmatic and ethereal, it builds and burns, leaving you wanting more. It’s a love letter and a breakup in one album.

But even introverts need to get out. ‘Conversationalist’ will be released in September and In-Flight Safety will head out on the road, crossing oceans and continents, welcoming you to the conversation. It’s good to talk.